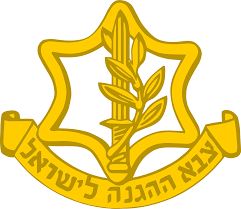 Israel Defence Forces are prepared for any threat whether it comes from the Gaza Strip, Lebanon or Syria.
Deputy Chief of Staff Maj. Gen. Aviv Kochavim made the claim during a ceremony at the Culture Palace honouring those who fought in the Palmach, elite fighters of the Haganah, in protecting the State of Israel.
“The Syrian army, in cooperation with the Iranians, are re-establishing themselves today along our borders,” he explained.
“Lebanon is controlled by Hezbollah, which does not hesitate to fire missiles and rockets at our country’s citizens. The state’s borders, as well as Jerusalem, our capital for which we fought, are fortified and protected.
“However, from the southern to the northern border, as well as in the Gaza Strip, Palestinian terror is restless because the Jewish state keeps thriving and developing.”
Noting how security forces are continually upgrading its capabilities, Kochavim added, “The IDF is prepared for every scenario.
“We are improving our fighting methods, filling the emergency warehouses, practising and cultivating the value of determination we have learned from the Palmach.”
Turning his attention to the Palmach itself, he offered a personal perspective.
“The spirit of the Palmach was introduced into my veins from an early age, apparently thanks to my uncle and father who wished to cultivate the legacy of the Palmach in an open as well as covert way,” Kochavim recalled.
“It is not easy to stand here across from you but it is a great privilege that I am happy to have.
“You quickly became the pillar of fire in front of the camp, which developed and created operational norms and radiated an uncompromising determination.
“The means were limited, but the spirit was powerful and pushed you against all odds.
“The land belongs first of all to the Palmach fighters who have become role models and to whom we owe the state.”
“The current generation is on guard,” he added.
“With this spirit, they slipped into every cellar during Operation Defensive Shield in order to uproot Palestinian terror, infiltrated nature reserves during the Second Lebanon War and destroyed rockets, and insisted on penetrating the tunnels and destroying them during Operation Protective Edge.”
Tova Ofer, a Palmach veteran, raised the Israeli flag as a symbol of heroism at the beginning of the conference.
President Reuven Rivlin noted in a message, “It is enough to look at the list of chiefs of staff, six of whom began as Palmach fighters, and the many generals who served in the Palmach who serve as testimony to professionalism and excellence.”
The General Staff during the Six-Day War, headed by Yitzhak Rabin, included veterans of the organisation.
Rivlin added that the Palmach fighters’ contribution will forever be etched in Israel’s history.