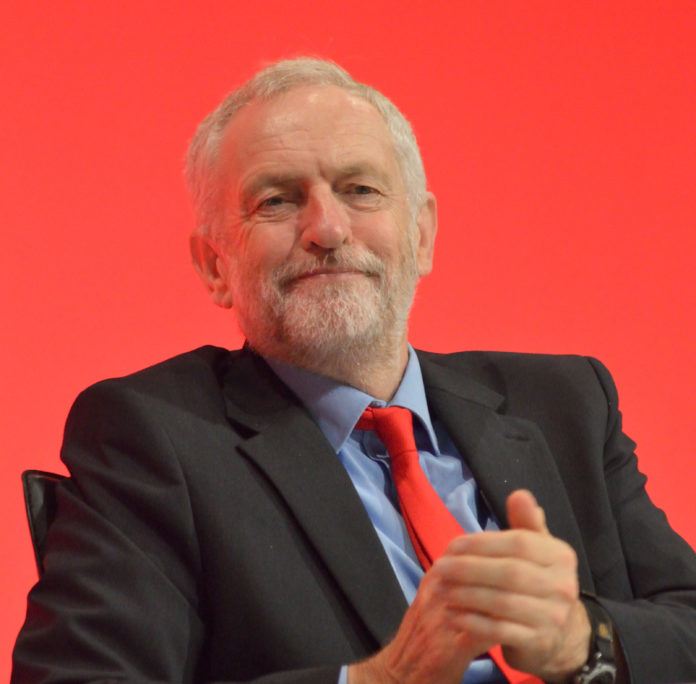 Labour Party’s ruling body has adopted the full international definition of anti-Semitism but has also agreed a get-out-of-jail “free speech” caveat.
The National Executive Committee (NEC) accepted the International Holocaust Remembrance Alliance’s definition (IHRA) and list of examples.
The party will now incorporate all 11 examples.
But controversy raged when the NEC published its statement noting its “free speech” provision to protect racists.
Rage then turned to anger as it emerged a lengthier statement appeared to condone calling Israel a racist endeavour.
A leaked extract noted, “Nor should it be regarded as antisemitic to describe Israel, its policies, or the circumstances around its foundation as racist because of their discriminatory impact, or to support another settlement of the Israel-Palestine conflict.”
“It is appalling that the Labour party has once again ignored the view clearly and repeatedly stated by the Jewish community, that it should adopt the full IHRA definition without additions, omissions or caveats,” said Labour Friends of Israel Director Jennifer Gerber.
“A “freedom of expression on Israel” clause is unnecessary and totally undermines the other examples the party has supposedly just adopted.
“Labour appears determined to provide a safe space for anti-Semites. This decision is a sad reflection on Jeremy Corbyn’s leadership of the party and the culture it has instilled.”
The Labour Party issued a statement saying, “The NEC has today adopted all of the IHRA examples of antisemitism in addition to the IHRA definition which Labour adopted in 2016, alongside a statement which ensures this will not in any way undermine freedom of expression on Israel or the rights of Palestinians.
“The NEC welcomed Jeremy Corbyn’s statement to the meeting about action against anti-Semitism, solidarity with the Jewish community and protection of Palestinian rights, as an important contribution to the consultation on Labour’s code of conduct”.
However, Labour MP Dame Margaret Hodge, who called the Labour leader an anti-Semite, slammed her party for taking “two steps forward and one step back”.
“Why dilute the welcome adoption in full of the IHRA definition with an unnecessary qualification,” she said.
Gideon Falter, Campaign Against Antisemitism chairman, felt that the adoption of the definition should never have been in question, but also slammed the additional caveat.
“It is appalling that it has taken them until now, two years after the Government adopted the definition, to finally accept something as basic as what constitutes antisemitism, albeit under duress,” he noted.
“However, those who surround Mr Corbyn have succeeded in adding an addendum based on a fallacy that the definition prevents free speech.
“Any such addition is an attempt to undermine the definition’s validity, despite its adoption around the world and the fact that the definition is already heavily caveated.
“We have also seen an amendment that Corbyn attempted to add to the definition, which adds to the clear evidence that he himself fears the undiluted definition because of his past actions.”
Mr Falter added, “There is now a mountain of anti-Semitism cases that the Labour Party needs to address, beginning with our disciplinary complaint against Mr Corbyn himself over his personal breaches of the definition over the course of many years.
“There are also crucial questions to answer about the Party’s conduct, such as its apparent decision to conceal from police the disturbing secret dossier of anti-Semitic crimes.”
Marie van der Zyl, Board of Deputies of British Jews president said the NEC decision was the right call and long overdue but the adoption was only the beginning.
“We need to see firm action taken against anti-Semites and those who bring the party in to disrepute by denying the problem of antisemitism,” she said.
“Labour must resolve outstanding cases, introduce greater transparency to the disciplinary process, tackle the culture of the problem of anti-Semitism and introduce education and training.
“In addition, Mr Corbyn needs to apologise for past anti-Semitic comments and affiliations.”
Simon Johnson, Chief Executive, Jewish Leadership Council lambasted Corbyn for attempting to shamefully undermine the IHRA definition.
“The “free speech caveat” drives a coach and horses through the IHRA definition,” he said.
“It will do nothing to stop anti-Semitism within the Party. It will do nothing to stop the vitriol being poured at those who put their heads above the parapet to condemn the party for antisemitism, which the ‘eader has done nothing to stop.”
“The IHRA definition does not restrict free speech and it is astonishing that the Labour Leader persisted in misrepresenting that it did.”
A statement from the Community Security Trust noted, “The definition does not prevent free speech unless that speech is anti-Semitic, so Labour’s ‘clarification’ is superfluous.”
CST called on Labour to address all concerns raised by the Jewish community leadership.
IHRA’s definition was incorporated into Labour’s code of conduct but not all 11 examples in July.
The Jewish Voice for Labour called on the NEC to resist calls to adopt the IHRA definition.