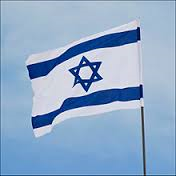 Another disagreement in the Israeli coalition has emerged between Defence Minister Avigdor Lieberman of the Yisrael Beitenu Party and Foreign Minister Tzipi Hotovely of the Likud.
In a spate of words exchanged between the pair over extending Israeli sovereignty in parts of Judea and Samaria, in particular, Maale Adumin to the west of Jerusalem, Lieberman warned that such a move would have dire consequences for Israel’s relationship with the new US administration.
But Ms Hotovely hit back saying the Defence Minister “is attempting to create a reality that does not exist yet in Washington” and added Mr Lieberman was trying to “intimidate” coalition members against applying Israel sovereignty of Judea and Samaria.
“The political dialogue with the Americans hasn’t started yet” she said adding that “the current administration hasn’t put together any strategic plan for the region. The American government is open to considering new policies and all of the options are still on the table.”
Ms Hotovely believes Mr Lieberman’s comments harm Israel’s position with the United States and ability to determine policy.
But the Defence Minister claims Israel has received a direct message from the United States that if sovereignty was applied to places like Maale Adumin, it will damage ties with the new government. Lieberman added “Anyone who wants a crisis and who has 20 billion shekels to spare is welcome to apply sovereignty.”
But Hotovely rejected Lieberman’s claims, saying no such message had
been received.
According to the market research company Mina Tzmach, 79% of Israelis support the annexation of the Maale Adumin and making it into an integral part of the state of Israel.
The mayor of Maale Adumin, Benny Kashriel said that even the majority of Knesset members, not just the coalition government support this move and cited Menachem Begin who died 25 years ago this week.
“Just as Menachem Begin annexed the Golan Heights and East Jerusalem without worrying about the Americans, so too Prime Minister Netanyahu should annex Maale Adumin and be remembered in Jewish history for such a move.”
The city is home to some 40,000 residents.