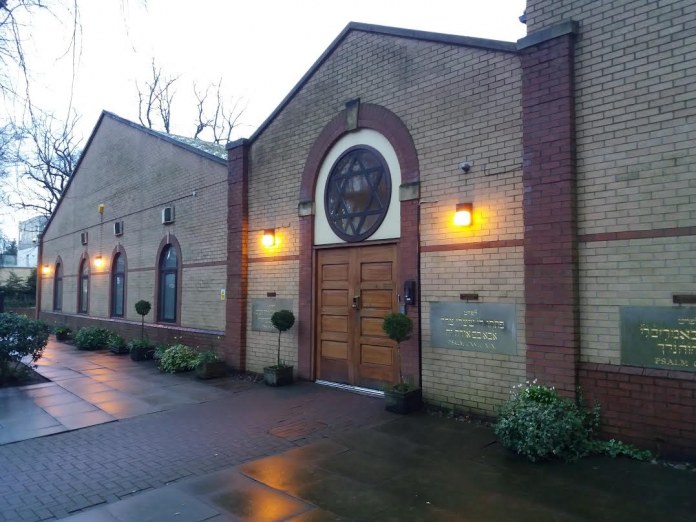 Similarly, Fawlty Towers and The Archers – the latter to this day – have a huge following of fans. But what do the escapades of Captain Mannering, Sergeant Wilson and Private Pike, Basil Fawlty, Manuel and numerous “Archers” characters have to do with creating a meaningful, intriguing shiur? For Rabbi Benjy Simmonds, of Stenecourt Synagogue in Manchester, these television and radio classics offer timeless material and lessons for shiurim content.

“I often quote lines or anecdotes from Dad’s Army, Fawlty Towers and the Archers,” he enthused. “There are many anecdotes you can use. The fans all know the famous Dad’s Army catchphrases. The programmes are still funny today when repeated on television, even though you know the lines that are coming up. ”But on a serious note there are sketches galore and tales you can link to shiurim to illustrate loyalty, cheating, arrogance, comradeship and so on. My wife, Anna, once said to me that I mention these quotes as if everyone in the audience knows about them when they don’t. But I tell her that they always get a laugh and are still relevant.”

As for Stenecourt Shul itself, it is steeped in the history of Manchester Jewry, which dates back to around 1780. The roots of the shul started at the Haliwell Street Congregation, later known as The Great Synagogue in 1858. Stene Court was originally the name of the home of Andrew Boutflower, a surgeon at the Salford Royal Hospital, at the turn of the 19th century. It opened as a branch of The Great Synagogue in 1938. The shul merged with the Central Synagogue in 2008 and serves 700 households in the heart of North Manchester’s Jewish community.

Rabbi Simmonds, who has eight children and three grandchildren, was appointed senior minister in April, 2014. So where did Rabbi Benjy’s rabbinical career begin? A former deputy head boy at Manchester Jewish Grammar School, his family were members of Stenecourt in his youth. He studied in yeshiva at Gateshead and then graduated from Chester College of Law, after which he embarked a 25-year legal career. During this time he also spent 14 years as assistant to Rev. Gabriel Brodie. “I had a fantastic experience at Gateshead,” Rabbi Simmonds, 51, recalled. “Rabbi Matisyahu Salomon was in charge of the personal growth of students. In terms of ethics, morals and developing an outlook on life, he was very important to me. At university, it’s about gaining knowledge and coming back whereas at yeshiva, it’s about shaping your life. It did and still does. You are never an ex-Gateshead pupil, you remain inspired, which I do.

While at university, I studied in a yeshiva programme, was involved in outreach work, taught at a Talmud Torah in South Manchester, at seed and also fellow students. I enjoy adult education and making a difference to people. “As a litigator, it was interesting working out solutions to problems. The relationship between Jewish and secular law helped my legal work.” Rabbi Simmonds was given semicha in June 2001. His long-time association with the shul began when he was appointed assistant to Rev. Brodie three months afterwards. “Stenecourt was obviously a great attraction for me. But when you start out, its impossible to know what job you’d actually want,” he said. “I was very young when I started doing rabbi-type things. I was about 17 when I gave my first shiur. I loved it and people seemed to like it so things went from there. “Rev Brodie is a great mentor and I still get advice from him. I try to aspire to the way he built close relationships with people to gain respect through understanding them, being very shrewd, considerate and thoughtful.” Rabbi Simmonds believes the Jewish landscape has changed dramatically during the last 15 years in the area.

To this end, Stenecourt offers a myriad of services for congregants on Shabbat. Aside from a main shul service, it caters for children of all ages together with young marrieds and singles. “Not so long ago we walked around the area within three miles of the shul and there were 40 minyanim on a Shabbat morning,” he noted. “Nevertheless, we are uniquely placed. Because of where we are, people come to daven. There are many minyanim, so we have to provide what people want if they are to stay with us.” Rabbi Simmonds feels that times have changed on a Shabbat and he does not view a traditional “9.15am service” as being the only part of the shul. “We don’t get the numbers we used to in the main shul because people go to other services,” he explained. “We are a unit and there are different things people can buy into. If members want to go to one or another service, it does not disturb me in any way so long as they go and are part of the community. “Members can also get involved in other aspects of the community. It’s about building a solid kehillah and we have a community structure to offer support.” Rabbi Chaim Cohen, who teaches locally at King David and Yavneh High Schools, leads a young professionals minyan. Netzach Yisroel has its own Friday night and Shabbat morning services, along with social and educational events for young married and single members. Avron Aronson, who hails from Sunderland, and Robert Marks, who grew up locally and has been involved with Stenecourt for two decades, share chazzan duties at the shul. Both are established leaders of the service offering their own style of chazzanut.

Stenecourt is determined to benefit as many members as possible. To that end it reaches out to those unable to come to shul for various reasons. Labriut is an organisation that offers hospital and home visits, Shabbat hospitality and education.

Stenecourt Stitchers is another group that helps the local community. “The ‘stitchers’ group started out as a Monday club for people that wanted to do something different socially,” said Rabbi Simmonds. “We have a small shiur, refreshments, maybe watch a film, play games or go on outings. “This type of club is really important to a shul. Members produce items for hospital such as baby hats, which have proved popular, and they are taking on new tasks.” Stenecourt also reaches out beyond its own community for projects, with Rabbi Simmonds being involved in interfaith work. “Chief Rabbi Ephraim Mirvis had an initiative benefiting Christian communities where we distributed food to families, which was a great success,” he said. “We also joined in a project with the North West Friends of Israel, collecting and distributing packaged Israeli food to non-Jewish families who were struggling around Christmas time. This had a big impact and we got a beautiful letter from the local vicar. These types of projects are important to me.”

Rabbi Simmonds noted that there was tension concerning interfaith. To that end, he is on the “We Stand Together” steering committee. Greater Manchester Police started the initiative to build community cohesion. “Some people avoid the topic but when I talk about interfaith it’s more than discussing religion and theology,” he explained. “It’s about projects on the ground to improve people’s lives. “Palestinian supporters had tried to shut down the Kedem shop on King Street in the city centre during the Gaza war in 2014. There was virtually a riot. Police wanted to avoid it happening again, which brought about the formation of this group. “Muslim, Christian, Buddhist and Sikh leaders meet regularly, and we hold events at places of worship. We have food, music and stalls with information about our ways of life. “It’s not interfaith as many people identify, because we don’t talk about faith, we talk about living together as Mancunians in a positive way. “We have not had anything like a trigger situation as with the Kedem shop, but in terms of trouble-shooting it’s been a very useful initiative. It’s not a complete solution, but it helps oil the wheels.”

Rabbi Simmonds is a man on a mission when it comes to community but is also determined to move Stenecourt forward religiously for congregants. “Members are generally observant and often in the shul, but the challenge is to make Judaism not routine, boring or trivial,” he explained. “Members appreciate the privilege of living a Jewish life and they have an immense opportunity to grow at Stenecourt. “People may think it is enough to be
Shomrei Shabbat and send children to yeshiva or sem, but we must continue to grow in our Judaism and spiritual life. “One of our members is over 100 years old yet comes to shiurim, davens regularly and is a shining example of someone who wants to continue growing. Everybody can grow – it’s essential not to become static and that is my challenge going forward.”

Away from pastoral activities and that love of sitcoms, Rabbi Simmonds is just as enthusiastic about cricket, cycling and wine making. “The cricket has not been so enjoyable recently because England have not been doing so well, especially when I’ve been to the games at Old Trafford,” he said. “Since last summer, I’ve been cycling regularly and have lost some weight.” With Pesach around the corner, it’s time to catch up on a spot of wine making. “I’m about to start a Pesach batch, brown raisin, it’s on my front room table waiting to be prepared,” he enthused. “It’s rich, sweet and tastes of raisins.”