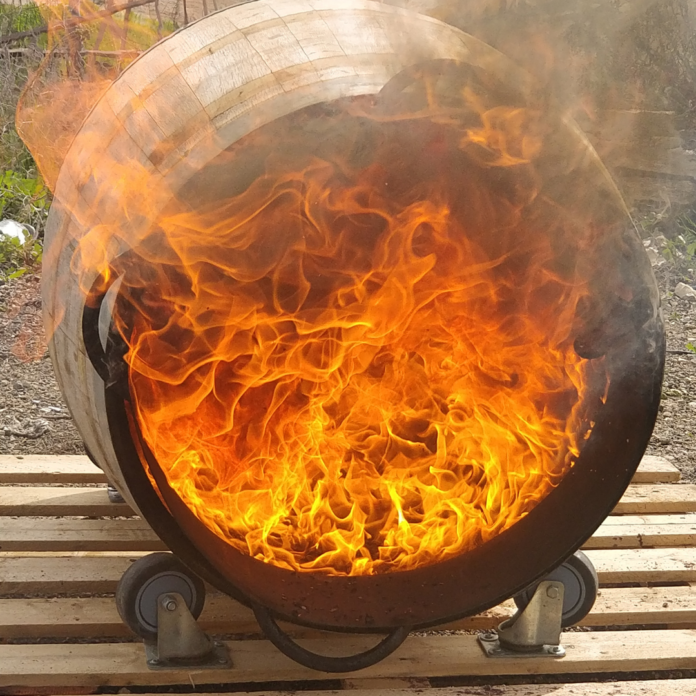 Israel – An ancient land of legends. It is almost impossible for one to walk for any length of time without retracing the steps of one legend or another. And this is certainly the case in the Ella Valley, where David slew Goliath, thereby creating an image which has been etched into our national consciousness, and which continues to inspire our people through every national experience.

It is here in this bucolic valley where Legends Distillery is producing Israel’s first “bourbon”, SLINGSHOT. Patterned after a traditional Kentucky bourbon recipe with an innovative twist, Noam Cohen and Alan Cohl are taking what others have done for centuries, but doing it as no others have, producing a spirit that is unmistakably bourbonesque in character, but one which rewards the drinker with a complex and layered taste heretofore unknown. Legends’ logo, depicting a colonial-era wagon wheel resting on an olive tree, sets the tone for their vision, one which combines American tradition with Israeli innovation. As Cohen says, “there’s no reason to reinvent the wheel, we just want to take what others have been doing, but do it much better.” And they are. 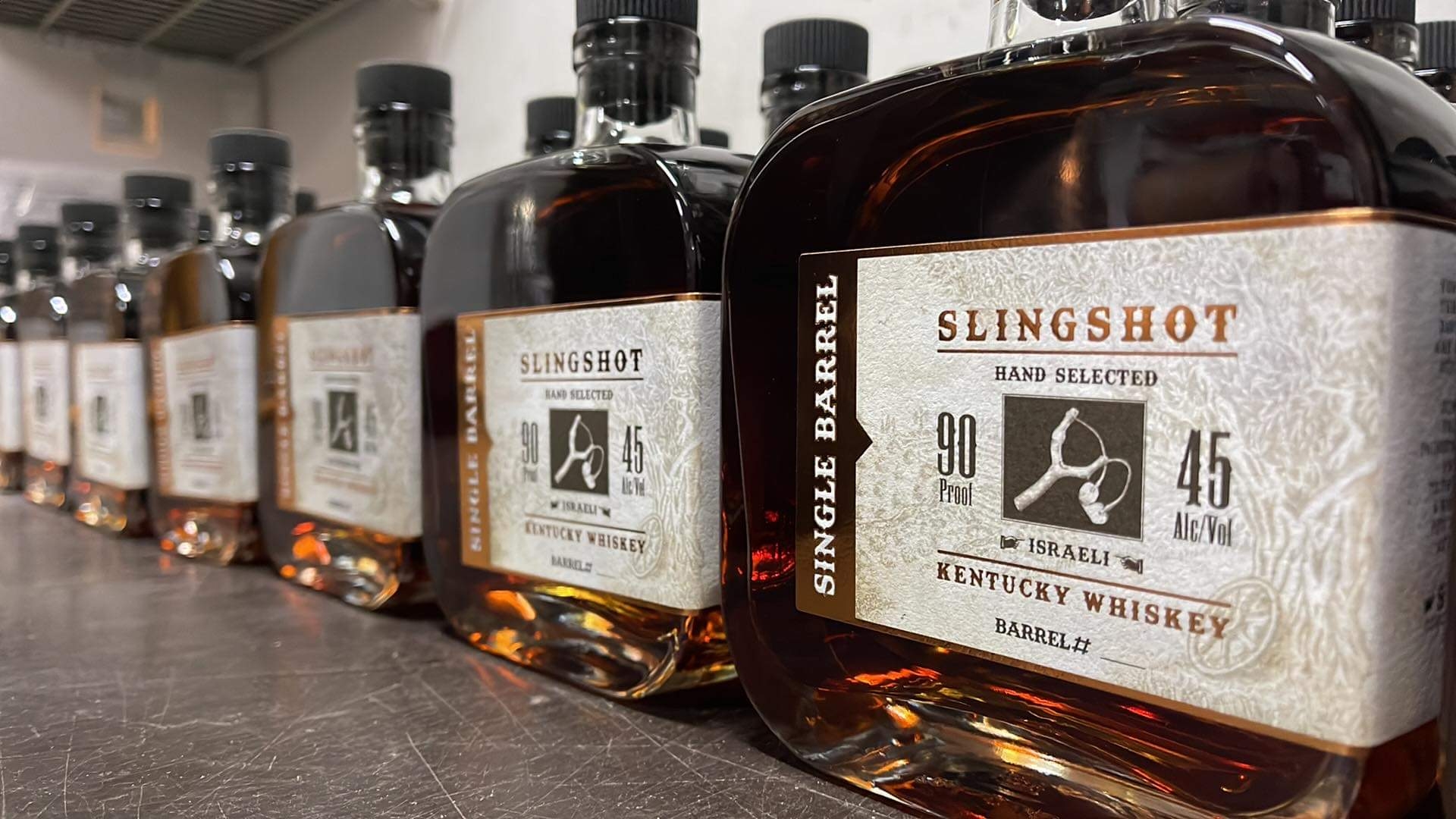 “Slingshot pays homage to probably our greatest national legend, David’s unlikely triumph, which symbolizes Israel’s resurgence in the world against all odds. It is legends like this that inspire us to work harder, and to achieve that which we might have thought impossible,” explained Cohen. The company plans further products in the years ahead, each one named for a different legend. The distillery has recently completed its first bottling, and plans to expand to several hundred stores in Israel by the spring, as well as the U.S. market very soon. Many orders have already been placed on the company’s website from the U.S. and Legends ships bottles every week overseas.

Noam Cohen made aliyah about nine years ago from Bergenfield, N.J., and still works in finance during the evenings, unless he’s running a tasting event or attending another at a local bar. Alan Cohl arrived in Israel 27 years ago from Queens, and practices architecture and design, assisting many Americans who have purchased homes or vacation apartments in Israel over the years. For now, they’re holding on to their “main” jobs, and intend that in the coming years, they’ll be devoting all their time to the distillery.

Many of their production methods were geared to solve their main concern about how scotch drinkers might take to the new product. “Corn, while sweet, can come off as somewhat harsh to those who are used to scotch or Irish whisky, which is made primarily from barley. Therefore, we decided to craft a mashbill consisting of a high wheat component. Wheat is a mellower grain, even creamy, and it helps soften the overall effect, while preserving the sweetness of the corn, and even allowing the fruity notes of the wine from the barrel to show through. “Indeed, explains Cohl, “many of our initial customers have been lifelong scotch drinkers. Once they taste Slingshot, their initial reservations dissipate, and they find themselves asking if they can purchase a bottle.”

Besides sales of its spirit through retail outlets as well as online, Legends hopes to lure many visitors from Israel and abroad to the distillery for a relaxing tour and tasting. Already, many Jewish and Christian groups have requested to visit the facility, and, due to its location near the country’s main artery, the distillery seems like the perfect place to wind down after a day of visiting the local biblical sites. 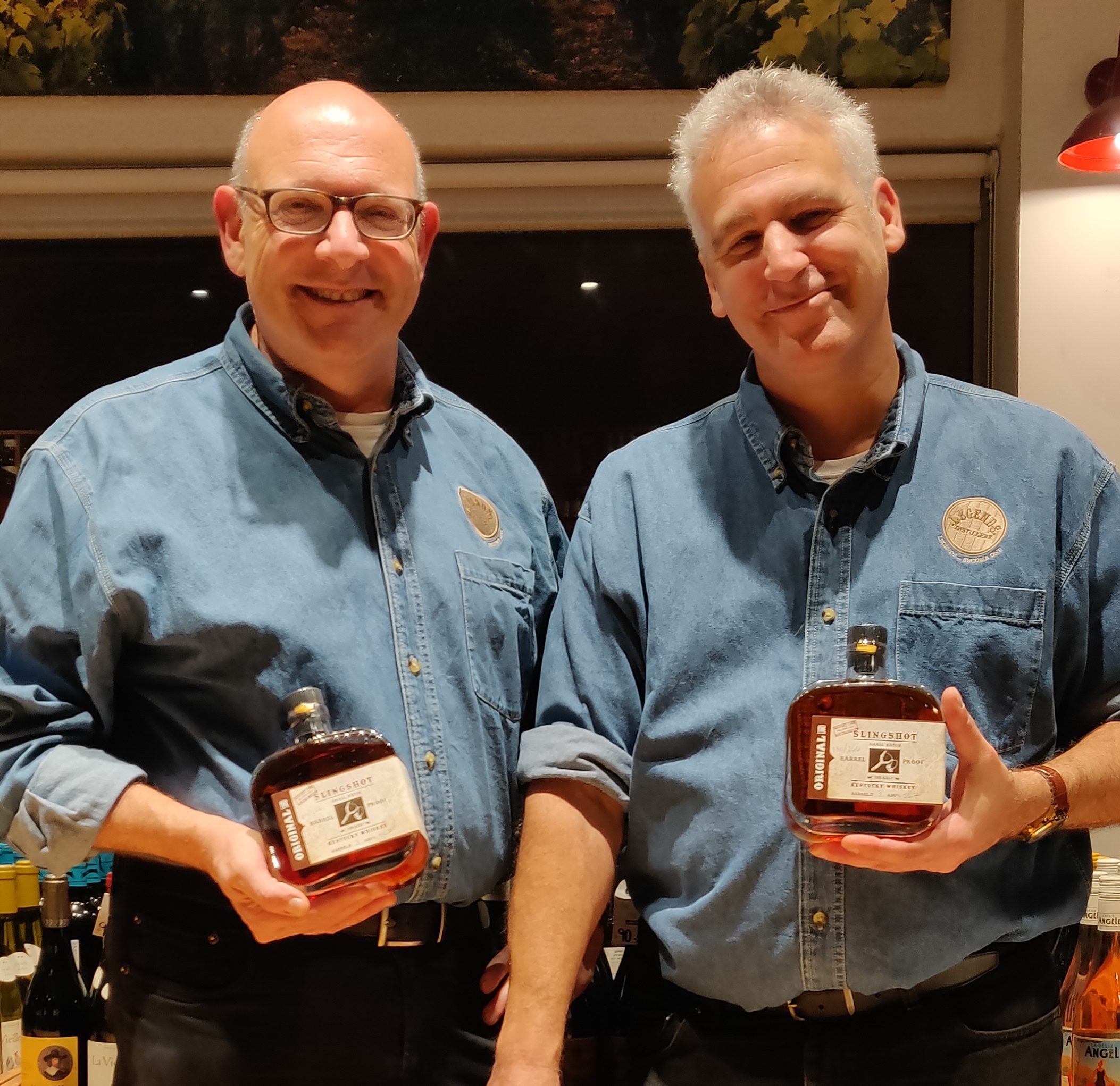 Legends began several years ago during an “aha moment.” Shortly after a late evening gathering of several friends in Efrat, Cohl and Cohen were sitting and enjoying a cigar and bourbon, discussing its various flavor nuances, when they both turned to each other and asked, “why the heck aren’t we doing this?” One thing led to another, and several years later, Israel’s first “bourbon” was created. “Actually,” explains Cohen, “my association with whiskey began about a hundred years ago. My great grandfather bootlegged for many groups in his community during prohibition. My grandfather would often recall, as a young child, hearing folks arrive in the middle of the night to their Lower East Side tenement, to purchase spirits clandestinely from his parents. But we’ve evolved – we don’t make OUR whiskey in a bathtub.”

Legends does not call its whiskey “bourbon,” because it is not made in the United States, but also because the spirit does not age in conformance with another of bourbon’s guidelines – the use of brand new charred white oak barrels, as prescribed by U.S federal law. “Instead,” explains Cohl, “we utilize used cabernet barrels from a couple of local kosher wineries to age our spirit, a process that adds unforgettable complexity to our spirit’s flavor. And we char our barrels to a very high degree, way more than anyone else, delivering a much smoother, mellower taste and texture than that traditionally associated with bourbon.”

Many of their production methods were born due to their concern about how scotch drinkers might take to the new product. “Corn, while sweet, can come off as somewhat harsh to those who are used to scotch, which is made primarily from barley. Therefore, we decided to craft a mashbill consisting of a high wheat component. Wheat is a mellower grain, even creamy, and it helps soften the overall effect, while preserving the sweetness of the corn, and even allowing the fruity notes of the wine from the barrel to show through. “Indeed, explains Cohl, “many of our initial customers have been lifelong scotch drinkers. Once they taste Slingshot, their initial reservations dissipate, and they find themselves asking if they can purchase a bottle.”

The company currently must import its grain, but has plans to begin growing its own corn very soon. Several area kibbutzim have already discussed providing their fields to Legends for this purpose. “Of course,” explains Cohen, “we prefer to source all of our components right here in Israel. But two very important components, the water and the aging process, are 100% Israeli – in fact, we are asked about those two components more than any others. People want to know what we do to the water before we use it. And they also want to know how long the whiskey has been aged. Actually, the water in our area is uniquely suited for bourbon production, because like the streams and rivers of Kentucky, the aquifers in our area are situated amongst limestone, which naturally removes iron from the water, an element which can potentially harm the taste of bourbon. And our climate, particularly in the Ella Valley, allows us to naturally age our spirit to maturity in only a couple of years, a process that would take at least 5-7 years in many other locales.

“There’s a palpable excitement about our product and the future,” says Cohen, “as more and more people join us online and ask about future products as well. There’s a lot of work ahead, of course, but for now, we’re just looking to enjoy the ride. LeChaim!”