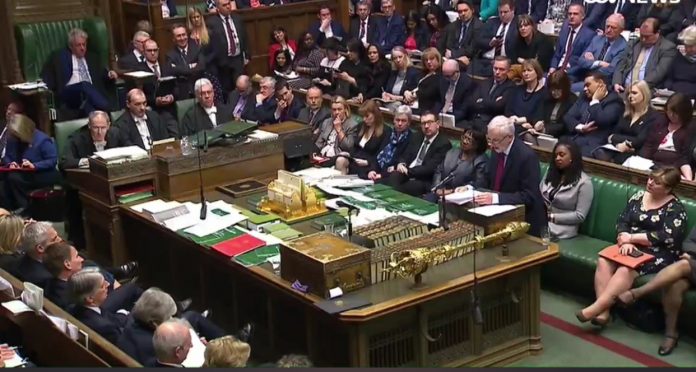 In 2004 Prime Minister Ariel Sharon headed a Likud led coalition, and made it clear that any government minister, who voted against the Gaza disengagement plan, (the removal of 21 separate Jewish communities), would be instantly fired.

Netanyahu was Finance Minister and although he and other ministers were deeply opposed to the move, was advised by economists and others, not to resign as this could jeopardise the positive moves already undertaken by his ministry in opening up the free market.

Voting in the Knesset is conducted by the speaker who calls out each member alphabetically, and they respond either: for, against or abstain.

Once the speaker goes through the entire list of MKs, he repeats it again from the start for the benefit of those members who were not present. In Israel, it is customarily if you oppose a bill, you are not present during the first call, but then suddenly appear on the second and final speaker call.

This is exactly what Netanyahu and other ministers did on that day and of course the bill passed into law and the following year, 21 settlements were evacuated from the Gaza buffer zone.

The House of Commons has of course a completely different system of voting, but this week it was reported that up to 24 Conservative government ministers could resign if, no deal was not taken off the table.

If they cannot get behind government policy, just like Ariel Sharon threatened to fire his ministers, Theresa May should have immediately fired these individuals, but she did not.

The Conservative government will now hold their meaningful vote on 12th March, just over two weeks before Britain is scheduled to leave the EU.

It will likely be rejected, and so the government will hold another vote on a “no deal” Brexit, which is also not expected to pass. But Mrs May will rightly not take it off the table, because it may still strengthen her negotiating ability in Brussels as a no deal withdrawal agreement will hurt the Europeans much more than the British.

On 14th March, Parliament will finally get to vote on extending article 50, which Mrs May says she is opposed to and will vote against.

Over on the Labour benches, up to 30 more MPs are said to be planning to leave the party, which is probably why Corbyn is now moving towards a second referendum.

Let’s remember the words in the 2017 Labour manifesto: “Labour accepts the referendum result.”

Labour must know this betrayal could have devastating consequences for them and so to get through the next few weeks and avoid losing dozens of Labour MPs, the leadership is “temporally” calling for another referendum.

Jeremy Corbyn was asked 23 times in the Parliamentary Labour Party meeting last Monday night, if remain will be on the ballot paper and 23 times he refused to answer.

We are told every bit of bad news is “because of Brexit” and every piece of good news is “despite Brexit.”

Jaguar Land Rover and Nissan are relocating to the far-east because diesel cars are no longer selling in Europe – if they were, these companies would move to the EU.

But the huge construction company, JCB is expanding and creating more jobs in Britain, “despite Brexit.”

Toyota announced it will build in Derbyshire the most popular selling car in the world – the new Corolla – “despite Brexit.” (If Jaguar Land Rover and Nissan had correctly predicted the next generation of Hybrid vehicles – they could have also remained in Britain).

So it’s not doom and gloom but an opportunity to move forward. Yet in the Commons – we are faced with only three scenarios: leave without a deal, leave with a deal or remain in the EU.

Plus there are four groups sitting in the Commons: remain, leave with Theresa May’s deal, leave on WTO rules or another referendum. The parliamentary arithmetic is just not there for any one of these solutions.

With 544 votes out of 650, MPs voted for you the people to decide and parliament would implement.

The reason why we are in a Brexit mess is because MPs agreed to abide by the decision – but as the process dragged on and the EU showed their disrespect towards the British public, voters were worn down and MPs seized the opportunity to publicly change their minds and oppose the decision, whilst insisting “they hadn’t changed.”

Perhaps the time is coming to bring a breath of fresh air to the House of Commons, by calling for a general election before the end of 2019 (when Britain may still be in the EU by extending article 50 and would have fought the European election).

This country has lost confidence in many MPs on all sides and a change of faces could bring back hope and encouragement to voters.

The problem is would we believe what they say in their manifestos this time? Would there be a low turnout?  And if we are still in the EU by the end of 2019 with British MEPs in Brussels and Strasbourg, would there be any incentive for government to call an election?

My instinct tells me that many MPs including The Independent Group and several SNP members would be voted out and Conservatives could replace them, giving the government a majority.

James J. Marlow is a journalist and international news contributor: