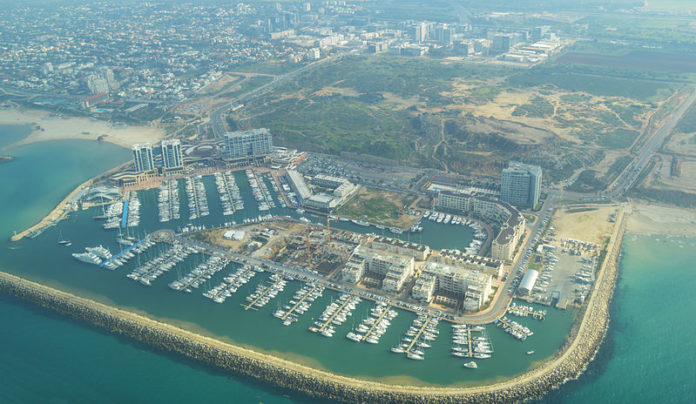 Israel’s second nationwide lockdown has resulted in a significant drop in coronavirus cases from last month’s spike. Covid measures will potentially be eased from Sunday.

The coronavirus cabinet debated the government’s strategy this week. Further discussions are due today. Hopes are high for a reopening of small businesses not reliant on the public, kindergartens and take-away services.

Latest data shows a dip to 1,424 new coronavirus cases, 800 patients are in a serious condition in hospital, 254 are on ventilators. There have been 2,040 fatalities since the start of the pandemic.

Jerusalem has the largest number of new cases followed by Bnei Brak, Modi’in Illit and Beit Shemesh. Ultra-Orthodox communities have the highest rates of infection.

Bnai Brak has seen 18 deaths in the past week alone.

Prime Minister Benjamin Netanyahu has defended the latest lockdown and voiced hope in a statement.

“Infection figures are declining significantly,” he reportedly said. “In order to ease the lockdown and allow for a gradual reopening, in line with the outline establishing a coronavirus routine, we must wait for more data.”

Netanyahu added, “We’re getting closer! But it will take a few more days, therefore, we decided to extend the lockdown, at this stage, until Sunday.”

Israel began its second lockdown before the High Holy Days due to the spike in cases. The intervention has reduced the number of recorded cases from record highs last month.

Whilst progress has been made, Knesset committee head, Likud MK Yifat Shasha-Biton, lamented that the government has lost the trust of the public in its handling of the pandemic.

“We are seeing that our society has fallen apart and we must create a routine for life alongside the virus,” Shasha-Biton reportedly said. “The (exit) strategy should be one of caution and not fear, how we can cope with the virus while being wary of it.”

She added, “We have lost public confidence and now is a good time to rebuild it, talk to the public logically, with real transparency, and let the local authorities handle the fight against the virus.

“We need proper enforcement of infection hotspots that could become infection hotbeds. We need to act with thoughtfulness and not force. We are asking the Ministry of Health to take these parameters into account when devising its plan.”

Shasha-Biton called on MKs to take into consideration the toll on society.

“It is time we look at the coronavirus broadly as a crisis, not just at tackling the spread of the virus itself,” she reportedly said. “We must look at the number of unemployed, how many people have gone bankrupt, how many cases of domestic violence.

“We are losing an entire generation of children who have not been to school regularly for some time. We know the virus will be around for at least another year and we will not lock people in their homes for a year.”

In related news, 52% of elderly coronavirus patients in Israel are ultra-Orthodox, the Health Ministry confirmed on Tuesday.

The Charedi Institute for Public Affairs analysed data from the Ministry and Central Bureau of Statistics. The death rate among Bnai Brak senior citizens is higher than the national average.

Discussions, meanwhile, are taking place with rabbinical leaders for a resumption of studies at yeshivas after it was accepted that the “capsule outline” initiative which called for small groups of students to prevent outbreaks of cases had failed.

Netanyahu, speaking at the opening of the Knesset’s winter session on Monday, welcomed lockdown data illustrating a decline in cases and morbidity across the country.

“The lockdown measures that we take against the second wave of coronavirus save lives,” Netanyahu reportedly said. “But it is still too early to pat ourselves on our back.”

He added, “We are undoubtedly on the right path, the path of responsibility and caution, a path of making sure to wear masks and keep your distance, a path we will continue walking down on.”

Netanyahu continued, “Making the decision on the lockdown wasn’t easy. There were those who thought that there was no need for lockdown, that it was possible to continue with thousands of infections a day without lockdown.

“These days, most of the public see that this decision that I led with my associates to impose a lockdown was correct. Without it, we would have been marching right into an abyss.

“Despite the criticism, despite the mobilised and mobilising media, despite pressure from within and outside the government, I insist we safeguard the health of the Israeli citizens and that we will open the economy only in a safe, careful and gradual manner.”

Israel’s leader recognised that the lockdown had been difficult for citizens, businesses, parents, children and the elderly.

“We are with you all the time, the people of Israel, and we will keep helping you with more programs, more grants and more loans,” he reportedly said.

Netanyahu called for the ultra-Orthodox community to back health measures.

He reportedly noted, “The world of the Torah is dear to my heart, our Torah is a philosophy of life, it sanctifies life. Tell your communities, observe the rules, save lives.”

should remain closed whilst others could come out gradually with consideration for education and economics.

Speaking at the ceremony, Edelstein reportedly noted. “Everyone sees the indication of a certain downward trend in infection rates, but those voices calling for the immediate reopening of everything ruin both the economy and human lives, of those who suffered enough already.

“It is not possible to reopen and then be forced to shut down again within a few weeks.

“When we are talking about a gradual exit, we want to ensure that we will not be require you to shut your business down again. It is our duty as the government to ensure that those businesses and people who lost so much will receive more than just pocket money but full compensation in real time, and I intend to fight for this cause.”

“We approach residents politely but are met with a refusal to comply with health measures, especially in the religious seminaries,” a spokesman reportedly said.

Lt. Col. Sagi Baruch, who heads the southern branch said resistance was also found in the ultra-Orthodox neighbourhoods of Ashdod.

Whilst Israel has seen a decline in positive tests, Health Ministry Deputy Director-General Prof. Itamar Grotto had a warning for the Knesset Constitution, Law and Justice Committee on Sunday.

“We are still in a state of emergency and have not reached our goal of no more than 2,000 new cases daily in any consistency,” he reportedly said. “The limitation on keeping no further than one kilometre from home is very important. Once we see the numbers come down we will allow more businesses to open, people will be able to go to the beach and other restrictions will be lifted.”

Gantz, meantime, was briefed on the progress by the Biological Research Institute regarding vaccine tested this month.

The next stage of development for the vaccine needs approval from the Helsinki Committee.

It is hoped 30,000 volunteers will test the vaccine in January.

To that end, Gamzu has appealed to Israelis to be tested if they are display mild symptoms.

“It is impossible to eradicate a pandemic without testing,” he reportedly said. “Even a person who feels healthy can infect others. Each person, even if they are feeling healthy but there’s a suspicion, should get tested.”