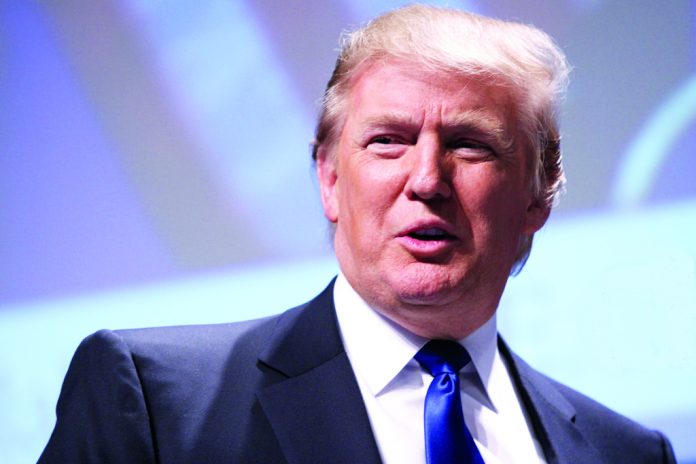 Security for the two-day official visit of US President Donald Trump and First Lady Melania to Israel next week has been dramatically stepped up.

Final preparations are being made to receive the couple who will be joined by Trump’s daughter Ivanka and her husband Jared Kushner on Monday 22 May.

The visit has come against a backdrop of controversy as National Security Advisor Lt. Gen. H.R. McMaster refused to confirm whether the Western Wall is part of Israel at a heated press conference on Tuesday.

McMaster was questioned regarding reports that Trump shared classified information with Russian officials in the Oval Office whilst outlining the president’s itinerary on his first official foreign trip to the Middle East when the issue of the status of the Western Wall came up.
When asked whether the Western Wall was part of Israel, McMaster noted twice that it was a “policy decision”.

Trump will visit the Western Wall in Jerusalem’s Old City, which was captured by Israel in the 1967 Six Day War as part of his whistle stop trip.

The United States has never recognised Israel’s sovereignty over the Old City or other areas acquired in 1967.

In terms of the high profile visit, the American government have ordered more than a thousand rooms in the capital, but the president and his immediate family will be staying at the King David Hotel for one night.

When high-profile VIPs visit Israel and it becomes clear that person will stay in Jerusalem, top hotels compete for the booking. This time the Waldorf Astoria and David Citadel were high on the agenda, but in the end, the American delegation decided on the King David, which is said to be the most secure hotel in Israel and easy for both the American and the Israeli secret service to protect.

It is set well back from the street and does not have a glass frontage. In addition there are no buildings facing any of the luxury suites, which overlook the capital’s Old City and all have unparalleled,unblocked panoramic views. Even more interesting is that the Presidential Suite is rocket-proof and has its own private air conditioning system to ensure that no poisonous gases can be passed through it. “In fact, the suite is so rocket-resistant,” said Sheldon Ritz, who is Director of Operations at the King David, “that if someone were to demolish the hotel, the Presidential Suite would come down intact like a sealed strong box – anyone inside might be bruised but not killed.”

As an extra security precaution the surrounding streets to the hotel are always sealed off during the visit of a US president, and special infrared warning lights are installed on the roof. The hotel has also placed robots in the sewers.

The King David has three super luxury suites in which visiting presidents, prime ministers and foreign ministers stay. The Jerusalem Suite, the Presidential Suite and the Royal Suite are each priced around £4250 a night. All the suites are the size of a large apartment with interconnecting doors, a bedroom with a king-sized bed, a large Egyptian-style bathroom with separate cubicles for shower and toilet, a bidet and an elliptical-shaped bath. Also included is a large lounge and a dining room, with folding doors to close them off from each other when necessary, and a well-equipped kitchenette. There is also a separate toilet for guests with a separate exit, a large walk-in closet, plus loads of other closet space.

“Historically, when a president of the United States enters the King David Hotel, the environment must be sterile – no red carpet, no management, no staff,” Mr Ritz, who handles all diplomatic visits to the historic hotel, said. “We sit in our offices upstairs, watching on closed circuit TV as he comes come into our hotel – and we can’t greet him.”
The hotel will be closed to guests from 21 to 23 May inclusive. It will reopen in the evening of 23 May, two hours after Trump’s plane leaves Israeli air space. Until then hotel staff are not permitted to enter his suite to clean up. This applies not only to presidents of the United States but to presidents of all countries.

The nearby Dan Boutique Hotel and Dan Panorama, which will serve as the press centre for both the official American and Israeli information teams, will also be closed during that time.
The American preparatory teams will begin arriving on 19 May and will include some 350 US Secret Service personnel as well as Marines, Navy Seals and Army Rangers.

Some of the Americans will be staying in otver Jerusalem hotels, but President Trump and the First Lady, along with daughter Ivanka and husband Jared Kushner, Secretary of State Rex Tillerson, Secretary of Defence James Mattis and National Security Adviser H.R. McMaster will all be staying at the Dan-owned King David.

Guests who had booked well in advance for the period in which Trump will be visiting have had to be relocated to other Jerusalem hotels and in some cases to the Dan Caesarea.
Among the guests who had to be moved out of the hotel were the Premier of Quebec Philippe Couillard who cut his visit short by one night; broadcaster, Southern Baptist minister and former governor of Arkansas Mike Huckabee who had scheduled a large dinner party; several bar-mitzvah celebrations and various other groups. The Japanese Embassy had ordered a lavish cocktail reception to celebrate the 65th anniversary of diplomatic ties between Japan and Israel, but it had been very cooperative and had rescheduled.

President Trump will be flying in from Saudi Arabia where he will discuss Iran and the struggle against Islamic extremism and seek a fresh new idea on a Palestinian breakthrough. For the first time, the skies will be open for a direct flight from Riyadh to Tel Aviv. His trip will then take him to the Vatican to meet Pope Francis, and by the time Donald Trump returns home, he would have visited the spiritual centres of Islam, Judaism and Catholicism.

The timing of Donald Trump’s visit to Israel, one day before Jerusalem Day, when Israel will mark 50 years since the reunification of its capital, elicited speculation that he may use the occasion to announce the American embassy’s relocation. But this time the president is likely to say, “This is not the right time to move the US Embassy to Jerusalem.”