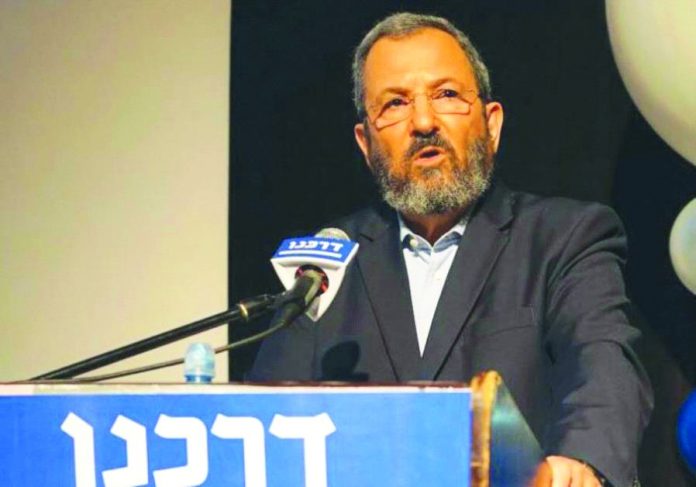 Former Prime Minister Ehud Barak, who led the Labor Party, reportedly agreed to an initiative that would have seen him contend for the leadership of the party, now known as the Zionist Union, according to a Channel 2 News report.

But the plan fell through when other candidates refused to drop out of the upcoming leadership race. The proposal was set up by MK Manuel Trajtenberg, who tried to encourage some of the contenders to quit the race and throw their support behind Barak to be the party’s candidate for prime minister.

Barak is said to have tentatively agreed to the idea, leading Trajtenberg to try to attain the candidates’ support for the plan. However, most of the candidates reportedly refused to consider the option, and the proposal failed.

Barak’s reported interest in the leadership of the party comes despite a number of recent denials by the former prime minister to return to politics.

Over the past year, the freshly bearded 75-year-old former politician has become an outspoken critic of Netanyahu, with his diatribes against the prime minister on Twitter and television news shows.

Barak was the IDF’s longest-serving chief of staff and the country’s most decorated soldier before becoming prime minister in 1999 after defeating Netanyahu in a general election. But Barak himself was defeated just two years later by the late Ariel Sharon after a huge surge in suicide bombings across the country. Barak temporarily retired from politics but returned to lead the Labor Party in 2005. From 2007 to 2013 he served as defence minister, the last four years of which Netanyahu was prime minister.

In 2011 he split from Labor along with four other MKs, forming the short-lived Independence Party in order to remain in Netanyahu’s coalition – despite the objection of most of Labor. The party was effectively disbanded in 2013 when another election was called and all polls showed the Independence Party would not gain enough votes to return to the Knesset. So Barak retired a second time from politics.

Last month the final list of candidates was announced for the leadership primaries on 4 July. Labor, which along with Tzipi Livni’s Hatnua party comprises the opposition Zionist Union faction, will field a total of nine names for the leadership race.

If no candidate passes the 40 percent threshold in the vote, a runoff will be held on July 13.

A Channel 2 News survey last month gave the Zionist Union party just 12 seats, which is exactly half of the current 24 seats they now hold and far behind the ruling Likud party’s 28 projected seats.

Since 1995, Labor has had a new chairman at an average of nearly once every two years, and if Herzog were to lose, it would mark an astonishing eleventh change of leadership in two decades.

After Yitzhak Rabin was assassinated in 1995, Shimon Peres succeeded him. Peres was replaced by Barak in 1997 after losing the general election the year before to Netanyahu. Barak was replaced by Binyamin Ben-Eliezer in 2001 after Barak’s election loss to Likud’s Sharon. Amram Mitzna defeated Ben-Eliezer for party leader in 2002 but was himself soon replaced by Peres after losing to Sharon’s Likud in 2003. Peretz defeated Peres for the party leadership in 2005 but then lost to a reinvigorated Barak in 2007. Barak abandoned the party in 2011, triggering a leadership race won by Shelly Yachimovich, who then lost the top spot just two years later to Herzog.