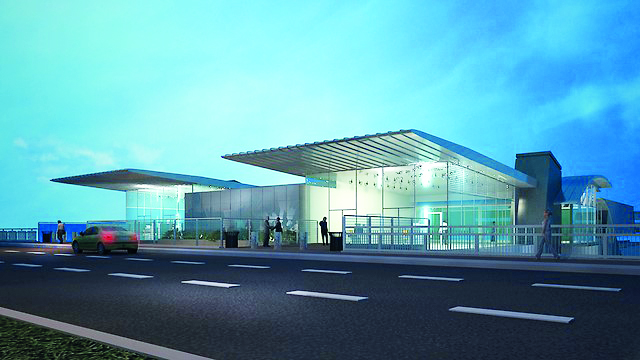 Israel Railways announced they are expanding the two busiest train stations in the country at a cost of about NIS 82 million, (£17.5 million).

Savidor Centre and HaShalom stations in Tel Aviv which are used daily by tens of thousands of passengers are already under construction.

The Savidor Centre station has two terminals – one in Tel Aviv at the Arlozorov terminal and the other at the Diamond Exchange complex in Ramat Gan. The new terminal on Modai Bridge will be the third at a cost of around NIS 32 million (£6.8 million).

Approximately 55,000 passengers pass daily through Savidor Centre station. The project is expected to be completed in November 2017.

The HaShalom Station is not however scheduled to open until October 2019 because the new terminal will be added south of Derech HaShalom. Once completed, it will be possible to enter and exit the railway station on the other side of the road in order to reduce the congestion. Some 55,000 passengers also pass daily through this station.

Due to the work taking place at HaShalom, Ayalon Highway will be closed in both directions during the weekend from the end of August.

A political crisis erupted earlier this year over the maintenance work taking place on the Shabbat, but Israel Railways eventually received approval for the Shabbat construction and the coalition parties accepted the verdict.

In 2015, Israel Railways said the work to the HaShalom station would cost NIS 17 million, (£3.5 million), but later admitted that was just for the first phase of the operation but altogether would be NIS 50 million.