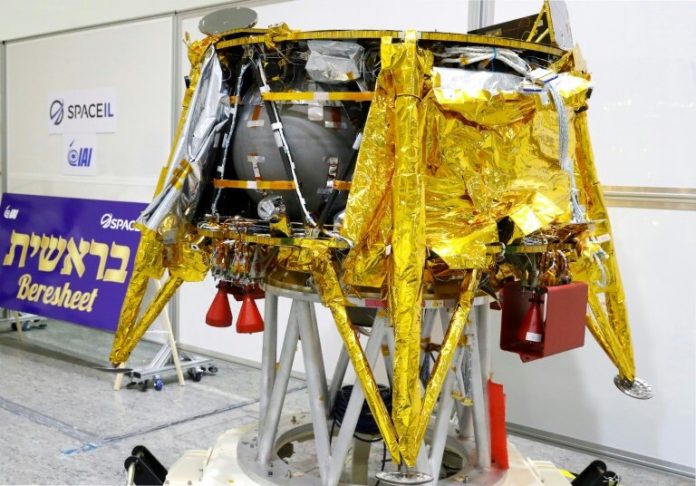 Israel’s first mission to the Moon blasts off from Cape Canaveral Air Force Station in Florida in the early hours of Friday morning (1.45am GMT).

A Falcon 9 rocket will send the ‘Beresheet’ lunar spacecraft on a two-month journey aiming to touch down on the Moon’s surface between the landing sites of NASA’s Apollo 15 and 17 by mid-April.

If successful it will be the first privately funded Moonshot to reach the lunar surface.

Beresheet is a joint venture between SpaceIL and Israel Aerospace Industries.

The $100 million project would see Israel become the fourth country to land on the Moon following in the footsteps of the United States, former Soviet Union and China.

SpaceIL hopes to inspire further science missions in Israel through an “Apollo effect”.

“This is the beginning of Israel’s story in deep space, whether this succeeds or fails,” SpaceIL president and philanthropist Morris Kahn reportedly said.

SpaceX has targeted a 32-minute launch window for the Nusantara Satu satellite that would also deliver the Beresheet lander and Air Force Research Laboratory S5 spacecraft to orbit.

Deployments will occur at approximately 33 and 44 minutes after lift-off.

A backup launch window is in place for Saturday.

Roughly 30 minutes after the Falcon 9 lifts off, Beresheet will separate from the rocket into a transfer orbit at an altitude of roughly 37,000 miles.

During approach and after landing, equipment onboard will photograph the landing site, measure the Moon’s magnetic field and study lunar craters.

If successful, Beresheet will be a prototype for future missions by IAI and Germany’s OHB System on behalf of the European Space Agency.

SpaceIL has no plans for future explorations beyond Beresheet.

“Since the establishment of SpaceIL, the task of landing an Israeli spacecraft on the Moon has become a national project with educational impact,” a spokesman said.

The lander is not the only payload on SpaceX mission.

Also onboard is an experimental military satellite for the US Air Force Research Laboratory to test constellation of satellites for space situational awareness.

SpaceIL is a non-profit organisation established in 2011 aiming to land the first Israeli spacecraft on the Moon.

The organisation was founded by three engineers Yariv Bash, Kfir Damari and Yonatan Winetraub who responded to the international challenge presented by Google Lunar XPRIZE to build, launch and land an unmanned spacecraft on the Moon.