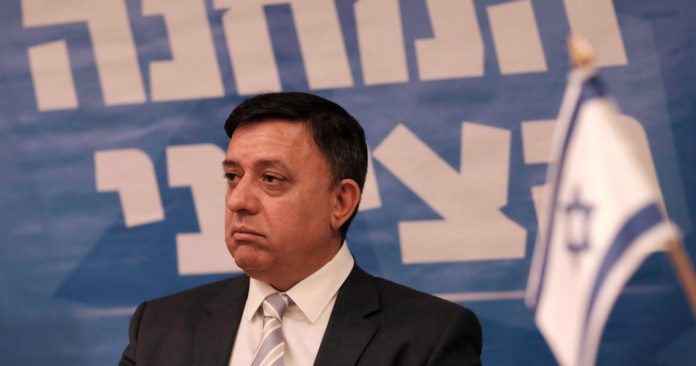 Israeli Labour Party leader Avi Gabbay has reiterated his commitment to the two-state solution and the distinction between settlement blocs and isolated settlements after he was criticised for appearing to dismiss the need to evacuate any settlements in a peace deal with the Palestinians.

In an interview with Israel’s Channel Two news on Monday night, Gabbay was asked if settlements would have to be removed in a peace agreement, including Eli and Ofra, which are not generally considered “settlement blocs”. Gabbay said: “Why is it necessary to remove? I think that the dynamic or the terminology that people have become accustomed to using, that [settlements] are removed in a peace agreement, is not necessarily correct. If you are making peace, solutions can be found that do not require removal.”

Zionist Union MK Hilik Bar supported Gabbay’s comments and said that “it’s important to remember that most of the settlers in Judea and Samaria will be annexed to Israel in any case as part of a land swap, which is an agreed-upon principle between the sides. Indeed, there are solutions for the settlers within and outside the blocs even without eviction”.
Following the criticism, Gabbay sought to clarify his position in an interview on Army Radio. He said he proposed to stop construction in isolated settlements creating a clear distinction between them and settlement blocs. He concluded by saying “this is not the time to outline the borders of the solution, including an immediate removal of all settlements”.
However, Gabbay also said he believed that “in order to reach an agreement it’s necessary to think about creative solutions”.

Previous negotiations between Israel and the Palestinian Authority have discussed land swaps to allow so-called “settlement blocs” – which include the vast majority of settlers – to become part of Israel. The idea to allow some Jewish settlers to continue living in a future Palestinian state after a peace agreement has also previously been raised.