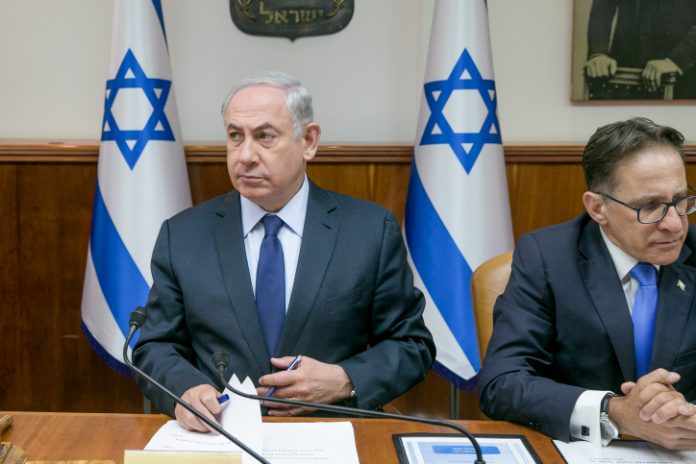 The Israeli Security Cabinet responded to the Hamas-Fatah agreement to form a unity government by agreeing conditions for future negotiations with the new government.
In a statement issued yesterday, the Security Cabinet set out conditions which include recognition of the State of Israel, conforming to the Quartet principles and the disarming of Hamas’s military wing.
The statement said: “Hamas will recognise Israel and desist from terrorism, as per the Quartet conditions; Hamas must be disarmed; IDF fallen and Israeli civilians held by Hamas must be returned.”
The bodies of two IDF soldiers, Oron Shaul and Hadar Goldin, have been held by Hamas since Operation Protective Edge in 2014. Two Israeli civilians who smuggled themselves into Gaza are being held captive by Hamas – Avra Mengistu and Hisham a-Said, both of whom are thought to have mental health conditions.
The Security Cabinet also said that the “Palestinian Authority must exercise full security control in Gaza, including at the crossings, and prevent smuggling; the PA will continue to act against Hamas terror infrastructures in Judea and Samaria; [and] Hamas will sever its ties with Iran”.
Israel’s Prime Minister Benjamin Netanyahu said that “Israel will monitor developments on the ground and act accordingly”.
Despite these conditions, Israel will not cease security coordination with the PA. The Security Cabinet also confirmed that the new Palestinian government will not affect the ongoing transfer of “funds and humanitarian equipment [which] will continue to flow into Gaza only via the PA,” the good-will gestures agreed with the PA ahead of US President Donald Trump’s visit in May or the transfer of tax funds to the PA.
UK Foreign Secretary Boris Johnson was asked in the House of Commons yesterday if Hamas could now take part in peace negotiations. He said: “There may be, in the end, the prospect of Hamas being brought in … but before that can happen, they have to renounce terror. They have to recognise the right of Israel to exist. They have to cease and desist from vile, antisemitic propaganda. They have to abide by the Quartet principles.”
In response to the Security Cabinet’s conditions, Palestinian spokesperson Nabil Abu Rudeineh said “the Israeli distinctions will not change the official Palestinian position to move forward with the reconciliation efforts”.