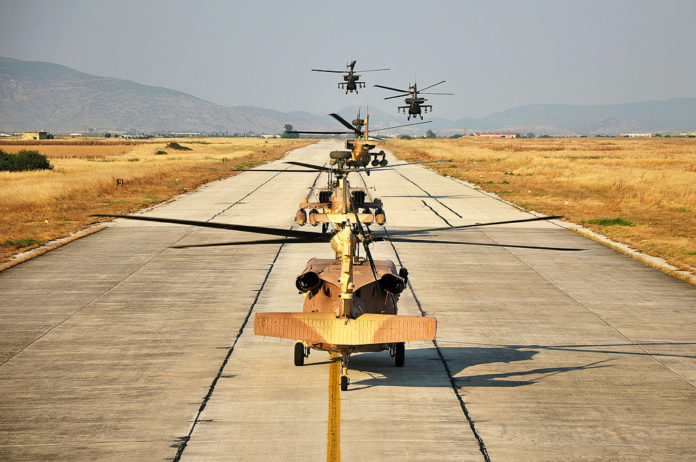 The remains of Israel Air Force pilot, Lt. Yakir Mordechai Naveh, have been recovered after 56 years.

Naveh‘s plane crashed into the Sea of Galilee during a training flight in 1962 and, until last month, remained undiscovered.

Lt. Col. (res.) Yakir Lapid, who was named after his uncle, participated in the search.

“We are still in the initial stages and the process is still ongoing,” he said in a statement.

Israel Defence Forces confirmed news that remains were found in the wreckage of the aircraft during a search operation and that they had been transferred to the Forensic Institute.

Over the past five decades, the IAF had kept Naveh’s family updated on progress.

“This effort is part of the IDF’s moral and ethical obligation to locate all prisoners and missing persons, which includes fallen IDF soldiers whose burial place is unknown,” noted a military statement.

The Naveh family is reported to have been “in tears” on receiving the news.

“It has come full circle after too many years,” said an IDF spokesman.

“This is an exciting and unusual event. The biological identification was done through DNA barcodes.

“The body was discovered four kilometres northeast of Tiberias.”

Naveh enlisted with the IDF in May 1957.

Initially serving as an airborne mechanic, Nave later became a fighter jet pilot and was on a training flight with IAF Cadet, Oded Cotton, on May 6, 1962, when his flight failed to return to base.

After Cotton’s body was discovered in plane wreckage after 12 months of the tragedy, Naveh was declared a fallen IDF soldier with an unknown burial place.

The Unit for Detecting Missing Soldiers continued to monitor the case.

Nave is survived by his wife and a monument was erected in his memory at the Missing Persons section of the military cemetery on Mount Herzl in Jerusalem.

A park in Ramat Gan was also named after him.

Whilst the search for the Naveh family is over, the family of Lt. Hagar Goldin is still waiting for remains to be returned to Israel after four years.

The agony for Leah and Simcha Goldin has continued since their son was taken captive by Hamas in 2014.

There did appear to be hope of a resolution following a private meeting with IDF Chief of Staff, Lt. Gen. Gadi Eisenkot, who reportedly told them it could occur within a week, but confusion soon materialised.

An IDF spokesperson confirmed the meeting, but noted that the Goldin family had taken Eisenkot’s words “out of context”.

“The quotes from the meeting are partial and do not fully represent what was actually said,” the IDF said.

“During the meeting, the Chief of Staff presented the position of the IDF, which has been made clear to the political leadership in private meetings and has not changed in recent years.

“The IDF is working tirelessly to secure the release of POWs and MIAs and will continue to do so.”

But Goldin’s parents have insisted there is no misunderstanding with the Chief of Staff.

“We have been in constant contact with the Chief of Staff for four years; we have never invented anything,” the family noted in a statement.

“This is what we understood from the conversation.”

Goldin’s parents have also been critical about Prime Minister Benjamin Netanyahu on the heartrending issue.

It is hoped that a resolution will be found sooner rather than later.