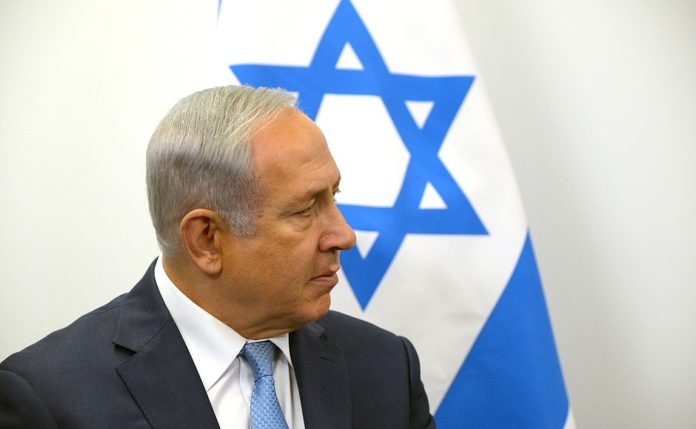 Describing the decision by US President, Donald Trump’s administration as “historic”, Netanyahu expects the ruling to strangle Iranian state-sponsored terrorism and this is already having an effect.

Speaking in the Knesset, he added an effect was already taking place.

“Today is the day Washington imposed the toughest sanctions Iran has ever known, in an attempt to halt its aggression,” he said.

“I would like to again thank US President, Donald Trump, for the courageous, determined and important decision. I think it contributes to stability, security and peace in the region.

“We can already witness the influence of these sanctions. Iran is already reducing its budgets, funding aggression elements in and outside its territory.”

Netanyahu added in a tweet, “For years, I’ve been calling for sanctions to be fully reimposed against Iran’s murderous terrorist regime, which threatens the entire world.

“The effect of the initial sanctions is already being felt. Iran’s economy is depressed and the results are evident.”

Following the announcement, Trump tweeted a ‘Game of Thrones’ themed film poster image of himself with the phrase “Sanctions are Coming, November 5”.

“Our objective is to force the regime into a clear choice – either abandon its destructive behaviour or continue down the path toward economic disaster,” Trump said in a statement.

US Secretary of State, Mike Pompeo, noted that sanctions would alter the behaviour of the Islamic Republic of Iran.

Pompeo presented Iran with 12 demands before the US would consider lifting sanctions.

They included ending support for terrorism, military engagement in Syria and ceasing its nuclear and ballistic missile development.

Pompeo added that eight US allies including Italy, India, Japan and South Korea, import Iranian petroleum for a limited period as they could not stop by Monday’s deadline.

Israel Ambassador to the US, Ron Dermer, backed Trump’s decision on social media.

He tweeted, “Thank you, Mr. President, for restoring sanctions against an Iranian regime that vows and works to destroy the Jewish State.”

The US withdrew from the 2015 Iran nuclear deal earlier this year as it did not impact on Iran’s military activities.

The US views the decision as the best way to force Iran to change its policies in supporting terror groups such as Hamas and Hezbollah, and developing long-range ballistic missiles.

Treasury Secretary, Stephen Mnuchin, noted that 700 further Iranian companies and people would be added to the sanctions.