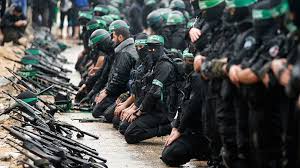 Israel Security Agency Shabak, Israeli Defence Forces and Police have uncovered an extensive Hamas network in Hebron.
The terror network included women working covertly at command centers abroad and in the Gaza Strip passing instructions and transferring funds to finance operations.
They promoted Hamas activity in Hebron, recruited operatives, preached at mosques and assisted families of prisoners.
Led by Nazar Shehada and Faris Abu Serah the network also tried to manage activities of charitable institutions in the city.
A committee was led by Dina Karmi, widow of terrorist Nashaat Karmi, responsible for a 2010 attack when four civilians were murdered.
Indictments have been filed with the Judea Military Court for Karmi, Abu Serah and other female members.