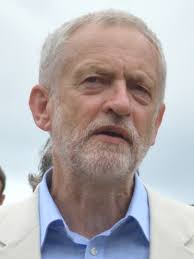 Over 25,000 people have backed an online Campaign Against Antisemitism petition for Labour leader Jeremy Corbyn to step down.
Five thousand signed up within 24 hours of it going live last Saturday.
CAA launched the petition on change.org website as Labour Party anti-Semitism campaign group formally objected about a 2013 Corbyn speech when he noted “Zionists” in Britain do not know history or understand English culture.
CAA do not anticipate Corbyn to resign but he can be removed from his post.
Fifty-two Labour MPs are needed to propose a challenger or call for a vote of no confidence.
This figure could also set up a political party.
The petition is the latest development in on-going anti-Semitism revelations about Corbyn over recent weeks which have resulted in national media attention.
“For weeks, events from Jeremy Corbyn’s disturbing past have trickled into the light,” said Gideon Falter, CAA chairman.
“Among his many acts during his time as a backbench MP, when he could speak his mind without fear of scrutiny, he blamed Islamist terrorist attacks on Israel; defended an appalling anti-Semitic mural, honoured a sheikh banned from the UK for saying that Jews drink non-Jews’ blood, said that a Hamas terrorist whose life’s work was the murder of Jews was his ‘brother’, held a repulsive event on Holocaust Memorial Day in which Jews were accused of being the successors to the Nazis, tried to have the word ‘Holocaust’ removed from the title of Holocaust Memorial Day, laid a wreath at a memorial for the Black September terrorists behind the Munich Massacre, and now we have heard that he made euphemistic comments to suggest that Jews are somehow un-British and foreign to the ways of our country.
“Throughout the last three years and these past few weeks, Mr Corbyn has lied, distracted, tried to twist the definition of anti-Semitism to exclude his past conduct, and issued false apologies when pressure mounted.
“He has claimed to have been seeking peace and to have been judged out of context, but the facts show that over many years he sought to defend, honour, assist and promote anti-Semites and the context is that his actions have been consistent with those of an ideological anti-Semite.
“We had hoped that the Labour Party might at some point rise to the defence of British Jews by removing Mr Corbyn or by demanding his resignation, but the institutions of the once proudly anti-racist Labour Party are now corrupted and will not act. Instead they merely persecute those members who stand up to antisemitism.
“For as long as the Labour Party is in Mr Corbyn’s grip, it cannot be a force for good.
“His past demonstrates that he should never have been elected to the leadership of the Labour Party and he is unfit to hold any public office.
“The hour is now. Jeremy Corbyn must go.”
The petition came days after CAA called on Unite general secretary Len McCluskey, who represents the largest trade union in the UK, to resign after what they termed his “outrageous” attack on the Jewish community.
Writing in the Huffington Post, McCluskey accused Jewish organisations of attempting of ensuring the anti-Semitism crisis is “prolonged and intensified, and of presenting anti-Semitism in the Labour Party in a “wildly exaggerated” manner.
McCluskey, in attacking the Jewish community, noted various actions by Corbyn over anti-Semitism.
He accused Jewish newspapers of “fear-mongering” about Corbyn and also said Jewish figures were “trolling” the Labour leader.