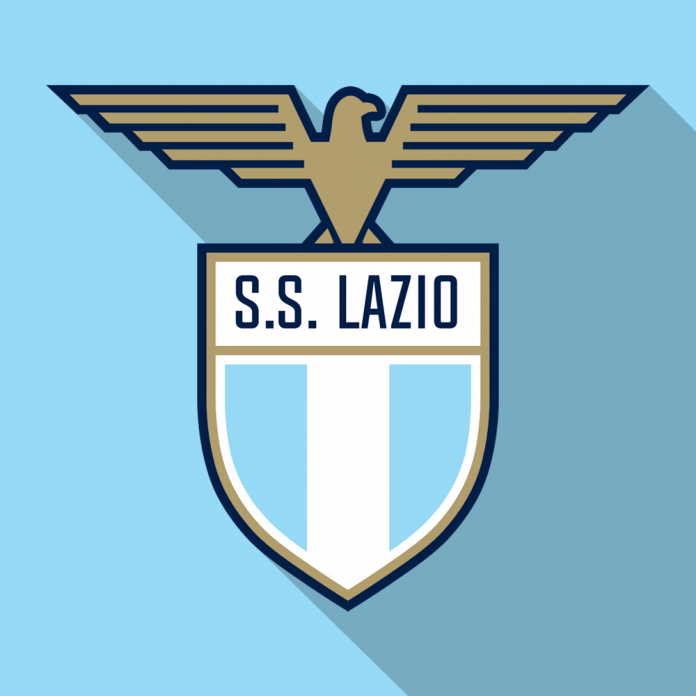 Italian police have begun investigations into SS Lazio fans posting stickers of Anne Frank wearing the jersey of bitter rivals AS Roma alongside anti-Semitic slogans at the Stadio Olimpico in Rome last Sunday.
The hate incident took place during a match between Lazio, who share the stadium with Roma, and Cagliari in a Serie A game.
Racist chanting a month ago saw the northern section of the ground, where Lazio’s notorious ‘Ultra’ fans sit, shut. Stadium cleaners came across the offensive material in the southern end where Roma normally sit on Monday.
Condemnation of the incident has been swift.
Italian President Sergio Mattarella reportedly called the incident “inhuman and alarming for our country” whilst Sports Minister, Luca Lotti, called on those responsible to be “identified and punished”.
European Parliament head, Antonio Tajani, stated that anti-Semitism has “no place” in Europe.
Lazio club president Claudio Lotito and team officials in the immediate aftermath laid wreaths at the city’s synagogue on Monday.
The incident also prompted the club to launch an anti-Semitism campaign.
Sig. Lotito noted in Italian newspaper Gazzetta dello Sport that the club was to instigate an annual trip to Auschwitz to educate 200 young fans in combatting racism and anti-semitism.
Meantime, Lazio players wore an image of Anne on their shirts during the warm-up to a Serie A match against Bologna.
Ruth Dureghello, head of Rome’s Jewish community, welcomed the responses and tweeted a picture of the stickers, “This isn’t the terraces, this isn’t football, this isn’t sport. Kick out anti-Semites from the stadiums.”
The Italian Football Federation is set to investigate and could result in a stadium ban.
The Federation noted in a statement in Reuters that Italy’s football divisions will hold a minutes silence at the next match “to condemn the recent episodes of anti-Semitism and to continue to remember the Holocaust,”.
The report added that while players line up in the center of the pitch before the weekend’s games a passage from Anne Frank’s diary would be read out over the loudspeakers.
The passage reads: “I see the world being slowly transformed into a wilderness; I hear the approaching thunder that, one day, will destroy us too. I feel the suffering of millions. And yet, when I look up at the sky, I somehow feel that everything will change for the better, that this cruelty too shall end, that peace and tranquility will return once more.”
The Anne Frank Trust in Holland has issued a statement.
“We are shocked by these anti-Jewish expressions, which are extremely painful to those who have experienced the consequences of the persecution of the Jews. Fighting football-related antisemitism is part of our educational activities,” said a spokesperson.
“We are pleased to see that others, including Italian football clubs, have expressed their indignation about this action
A letter from executive director, Ronald Leopold, was sent from Anne Frank House to the Sports Minister, The Federal Counsel of the Italian Football Association, Union of Jewish Communities in Italy and the Jewish community of Rome, regarding the events. It read:
‘We, like you, are shocked by the expressions of anti-Semitism, making use of the image of Anne Frank, by supporters of SS Lazio last Sunday. The life story of Anne Frank reminds us of the horrors of the past, which still leave deep scars today. The incidents of last Sunday have once again caused great pain to those who have already had to endure so much pain.
At the same time, we are deeply impressed by the reactions from all corners of Italian society. These reactions show that Anne Frank, just as Primo Levi, has bequeathed us a message of humanity with her diary and her life story that we cherish, and that inspires us to continue working towards a better future for ourselves and for the generations after us. For several years the Anne Frank House has been working together with professional football associations to combat football-related anti-Semitism (for the sake of brevity I refer you to our website, www.annefrank.org). I would therefore like to express my appreciation and support of the rapid and heart-warming reactions. If so wished we would be pleased to share our knowledge and experience in this field.
We will be present in spirit next weekend during the readings from the diary of Anne Frank in the beautiful football stadiums of Italy.’