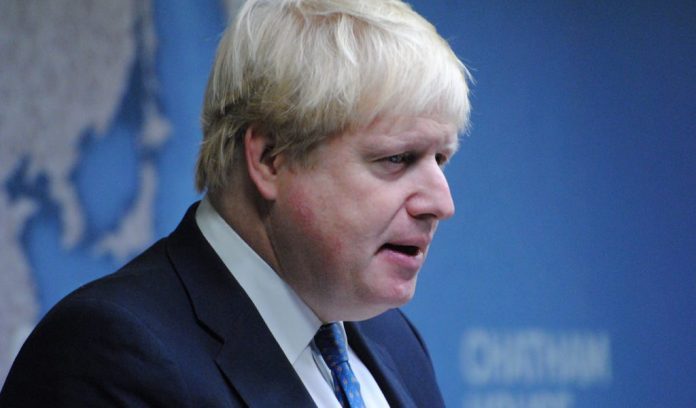 British Foreign Secretary Boris Johnson has reaffirmed Britain’s commitment to the Joint Comprehensive Plan of Action (JCPOA) and said he believes Congress will preserve the deal.
In a speech to the Chatham House London conference, he said: “To grasp the importance of the JCPOA we should remember that just before it was signed in 2015, Iran had enough centrifuges and low-enriched uranium to be only months away from producing the essential material for at least one nuclear weapon.” Johnson said that “a nuclear-armed Iran would have placed irresistible pressure on neighbouring countries to up the ante, and to trigger an arms race in what is already one of the most volatile regions of the world”.
Despite US President Donald Trump recently refusing to re-certify that Iran was in compliance with JCPOA, Johnson said that “having spoken to some of the most influential figures on Capitol Hill – none of them fans of the Iranian regime – I have absolutely no doubt that with determination and courage the JCPOA can be preserved”.
Last week EU leaders issued a joint statement of commitment to the JCPOA with Iran. However, the Iranian Revolutionary Guards Corps announced that “Iran’s ballistic missile program will expand and it will continue with more speed in reaction to Trump’s hostile approach towards this revolutionary organisation [the Guards]”.
On the Revolutionary Guards, Johnson said: “We in the UK, we share with our American friends and with many of our allies – in Europe and across the Middle East – their legitimate concern over the disruptive behaviour of the Iranian Revolutionary Guard in countries hundreds of miles from their borders.”
He also said that “it is simply provocative and dangerous that Iran has supplied tens of thousands of rockets and missiles to Hezbollah in Lebanon – weapons that are even now pointing at Israel – but whose use would bring the most destructive retaliation not upon Iran – the responsible party – but upon the people of Lebanon”.
He said that while Britain would work with the US and other allies to counter this, it “does not mean for one minute that we should write Iran off, or that we should refuse to engage with Iran or that we should show disrespect to its people”.