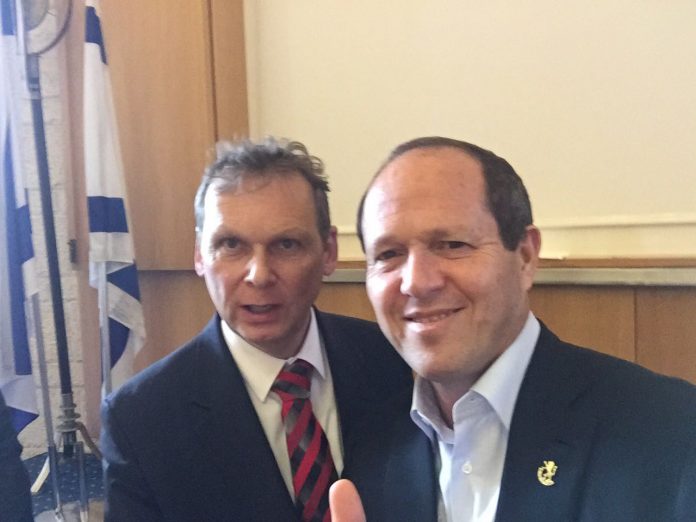 In a meeting with the Mayor at the Jerusalem Municipality, Nir Barkat revealed how much he misses the business and technology world after being the city’s mayor for 10 years. But he also said that he is proud of making a strong contribution to building up the capital of Israel.

Barkat has been working closely with the company “Our Crowd” who find investors from all over the world for Israeli start up’s and therefore manages to stay well connected with business.

Jerusalem is the largest city in Israel at just under 900,000 residents of which a third are children. Eight years ago there were 9000 hotel rooms in Jerusalem but today there are 12,000. In four years there will be 16,000 to cope with the demand of more tourists.

On the issue of his political ambitions as a member of the Likud, Nir has still not decided whether he will run for the leadership of the party. But a lot depends on whether Binyamin Netanyahu decides to resign either later this year or next year or whether anyone of up to 9 Likud candidates challenge the leader.