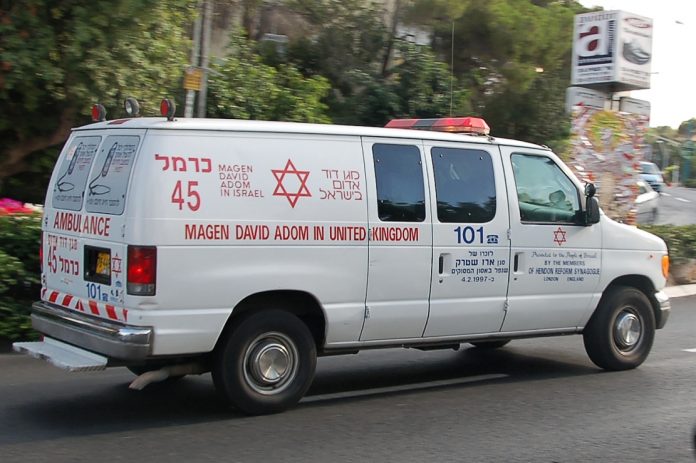 A pregnant woman believed to be 35 years old was stabbed by her husband on Monday as she walked on Mordechai Ben Hillel street close to Ben Yehuda street in Jerusalem.

Police said the assailant immediately fled the scene after he stabbed his wife, but he was located, apprehended and taken in for questioning.

An MDA emergency response team was called to the scene and the woman, in her 35th week of pregnancy, was then evacuated to Shaarei Tzedek Hospital in moderate condition. Shortly after a Caesarean section took place because of her stab wounds.

Hospital officials reported that despite the stabbing, the woman gave birth to a healthy baby boy.