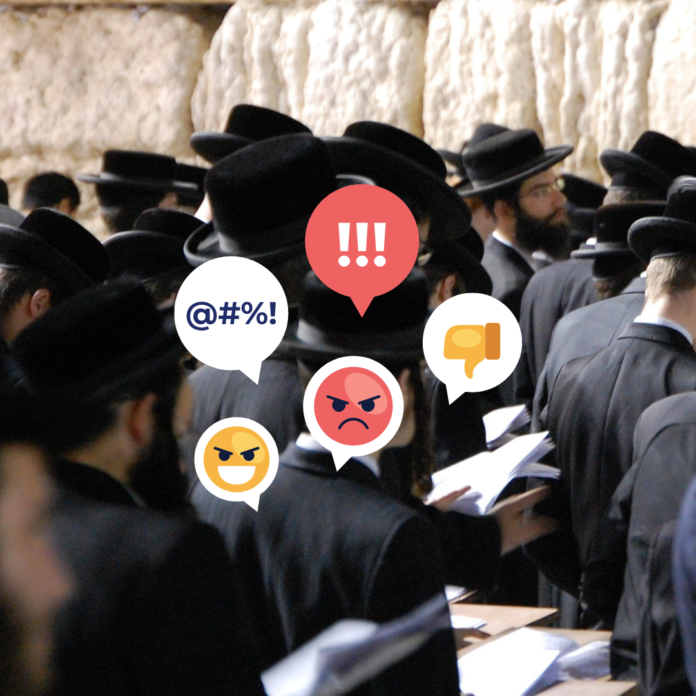 Last year was the worst on record for antisemitic hate incidents reported to CST, and at times it felt like the Jewish community was reeling from one blow to the next. The antisemitism felt unrelenting, and the pressure on CST, and the need for our work, was more apparent than ever.

In May the conflict in Israel and Gaza was used by some people it as an excuse and an opportunity to attack, abuse and threaten British Jews. We had car convoys driving through Jewish neighbourhoods in London, Manchester and other places around the country, waving Palestinian flags and shouting abuse at Jewish people on the street.

There were large, angry demonstrations in our city centres and social media filled up with antisemitic posts, particularly affecting Jewish students and schoolchildren.

Towards the end of the year, Chanukah saw attacks on a bus full of Jewish children on Oxford Street, a serious assault of a Jewish man in West Hampstead, and Chanukiahs smashed up by anti-Jewish vandals.

Helping people who experience antisemitism is at the core of CST’s work. Our antisemitic incidents team has six full time members of staff based in London and Manchester, but during the May conflict there were so many incidents that we had to draft in extra people to answer the phones. Often it was worried parents needing support and advice about what their children were experiencing at school and online, or people wanting help reporting a hate crime to the police.

CST’s incidents staff have specialist training in victim support and vast experience in liaising with police, accompanying witnesses and victims of hate crime to court, and helping to gather evidence for an investigation. In addition, CST has a volunteer team of psychologists and psychotherapists for people who require expert support due to the traumatic impact of suffering an antisemitic hate crime. Our dedicated campus staff visit Jewish students across the country, helping to ensure that Jewish Society events are safe and helping them deal with any antisemitism they encounter at university.

Preventing an attack on the Jewish community is always preferable to dealing with the aftermath. CST’s security staff and volunteers provide training and protection for hundreds of Jewish buildings and community events every year. Since 2008 CST has committed £15m to help pay for security equipment and infrastructure at 700 community buildings across the UK, including thousands of metres of fencing, CCTV cameras, hundreds of gates and other hardware, to make it as difficult as possible for terrorists to attack our community.

Most of these buildings are connected to CST’s National Security Control Centre, which monitors over 4,300 CCTV camera feeds round the clock and is available to take emergency calls at all hours of day and night.

CST’s researchers track down would-be terrorists plotting in the darkest corners of the internet and report them to counter-terrorist police. Some are jihadists who support al-Qaeda, others are neo-Nazis inciting hatred against Jews. Last year CST reported over 30 people to police for potential terrorism or incitement offences, and there are currently people in prison thanks to this research.

All this work, and much more, is done by around 90 full time staff in three offices around the country, and 2,000 volunteers without whom we simply could not function.

We cannot fight antisemitism on our own, CST is constantly meeting politicians, journalists, government ministers and civil servants to ensure they understand the challenges that antisemitism poses. Our partnership with police is an essential part of our work.

This weekend CST is holding an online funding campaign, called Together We Protect. This slogan sums up our ethos: CST working in partnership with you, our community, to protect our futures. Every pound you give to CST will be doubled by generous donors who have agreed to match-fund every donation. We have a strong and vibrant Jewish community, and CST’s mission is to ensure that it can prosper and grow in safety.

To donate to CST’s ‘Together We Protect’ campaign, please go to www.cst.org.uk/twp any time after Shabbat on Saturday 5th March, or on Sunday 6th and Monday 7th March. Thank you for your support.