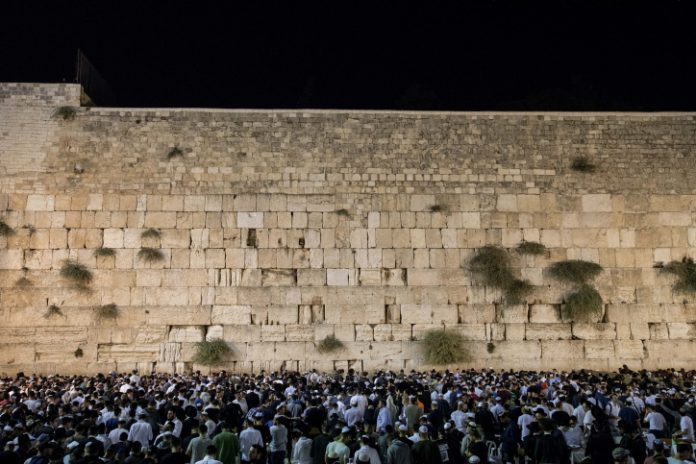 Regional Cooperation Minister Tzachi Hanegbi and the Board of Governors of the Jewish Agency yesterday visited Robinson’s Arch at southern section of the Western Wall.
During the visit Hanegbi said that the government would not fully implement the January 2016 agreement for egalitarian prayer at the Western Wall by building a common entranceway to be shared by the Western Wall’s various areas. Hanegbi did promise to change the visual appearance of the egalitarian prayer space adding that the government has allocated NIS 17m (£3.7m) to improve it.
He said that while a formal Government decision wasn’t possible Israeli Prime Minister Benjamin Netanyahu is determined to continue to develop the egalitarian prayer space at the Western Wall and is working toward that goal.
Jewish Agency chairman Natan Sharansky said that “we have seen no progress on any of these issues since the government’s regrettable decision in June, and no directions toward progress were evident today. What was frozen four months ago remains frozen”.
After four years of negotiations in January 2016 Prime Minister Netanyahu’s government agreed to create a larger, state-recognised egalitarian section in the southern part of the Western Wall. It was also agreed this area would be administered by a committee including non-orthodox Conservative and Reform synagogues, the Jewish Federation of North America, the Jewish Agency and the Israeli Government.
In June 2017 the plan was suspended by the government because of opposition from the ultra-Orthodox parties in the governing coalition.