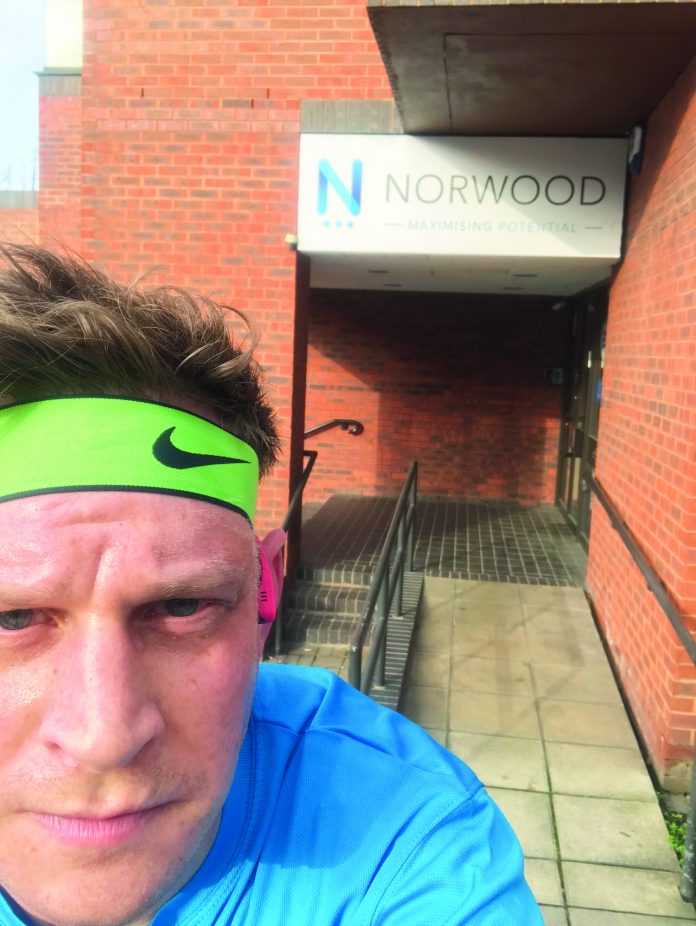 The clock is ticking down to the London Marathon on Sunday.
And Jewish charities across the United Kingdom are set for a huge windfall following the exertions of participants on the iconic course.
Amongst many competitors 20 runners are raising money for Norwood.
Adam Waters, 28, of Borehamwood, who in his first full marathon, will be running alongside brother-in-law Andrew Cohen, 31, from Edgware.
Both are honouring their late grandfather Dennis Temple who grew up at a Jewish orphanage in West Norwood and went on to fly for the RAF in World War Two.
A memory Dennis savoured was his only Bar Mitzvah present, a siddur, from the orphanage.
Dennis was a staunch Zionist, almost fought for Israel in 1948 War of Independence and flew sorties to the Soviet Union to bring Jewish books and food to Refuseniks.
Jonathan Warren, who turns 37 this week, is another first time marathon runner and has a family connection to the charity, as his 42-year-old sister-in-law Sonia Paitkus has cerebral palsy and has lived in Ravenswood since she was nine.
“The care and love Sonia receives are brilliant and she has a great quality of life,” he said. “Sonia has been to Paris with Norwood and a couple of years ago they threw her a 40th birthday party that was such an amazing celebration.
“When I mention the charity you can sense the esteem others hold it in too.”
Joshua Schwartz races in memory of his brother-in-law Marc Lebe, who lived with Norwood. “Marc was an amazing character who really changed the life of everyone around him,” he recalled. “Norwood made the last few years of Marc’s life meaningful and fulfilled. His carers were incredibly special people who quickly became his closest friends.”
Camp Simcha has nine marathon runners this year with Marc Cohen on a double marathon mission.
Having completed the Manchester marathon last week, the 31-year-old is geared up for London. And his epic challenge is helping support four-year-old nephew Jake who is receiving treatment for neuroblastoma.
“When Jake was diagnosed I started running a lot more again and I wanted to do something for Camp Simcha as they have been incredible to my family.”
He added: “After achieving my best time in Manchester, my plan for London is to just enjoy it as much as you can enjoy a marathon!”
Ten runners will represent Nightingale Hammerson, including veteran runner John Doyle, aged 65, who has run between 30-40 marathons.
Glaswegian Matthew Levine, (incidentally this week’s volunteer spotlight on page 10) who now lives in Edgware, represents JVN in his second time London marathon.
Matthew, a befriender for JAMI, meets a service user every few weeks.
“Although it doesn’t take up too much time, I feel I’ve made a positive difference and I have enjoyed the experience,” he said.
And traveling down from Yorkshire is Michelle Kristall-Monnickendam amongst six runners stepping out on behalf of Leeds Jewish Welfare Board.
First time racer Michelle has not forgotten the first time she saw a friend run, which inspired her to take part.
“When I signed up, nobody believed me, they all thought I was mad but I knew I could do it and I cannot wait for it.”
And her efforts will be rewarded, as they will for all runners, come Sunday. Look out for our special coverage in next week’s issue.