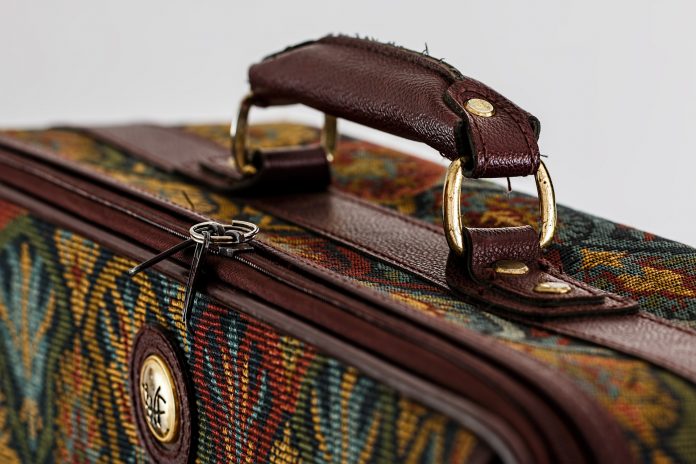 Raphael Elmaleh, my extraordinary guide in Casablanca, is famously known as Raffi; and for people in the travel business he is Mr Jewish Morocco. His seven brothers and sisters have long made aliyah but his mother refused to go, not wanting to leave Morocco. Over 2,000 Jews still coexist within the city, operating Jewish schools, regular daily minyanim and reading the Daily Maroc, which has the date on each issue in Hebrew.  Raffi, after serving in the Israeli army and attending yeshivah in the UK, returned to live with his mother and made it his lifelong work to re-establish the country’s huge Jewish Heritage, setting himself up as guide.

Morocco had the highest Jewish population of all the Maghreb countries, with over 300,000 Jews in its prime prior to the establishment of Israel in 1948.  He is responsible for the only recently built Jewish Museum in the Arab world, located within an upmarket residential area of Casablanca. As part of his research, he went to live with Berbers in the villages of the mountains of Morocco, many of whom converted to Judaism and added to the rich tradition of tzaddikim and Jewish mysticism that also applied to the better-off French and Spanish urban Jews of the more prosperous imperial cities of the North.

Raffi is a wonderful raconteur, and a mix of Yiddish learnt in yeshivah adds to his humour. My favourite of his many stories is his first visit back to a Berber mountain village around 49 years after the Jews had already left, requesting to see the synagogue. The whole village accompanied him to see the elder guarding the key, awaiting for the Jews to return. “What took you so long to return?” he asked, and he then recounted the story of a burglar attempting to enter the shul being bitten by snakes and scorpions. The village watched aghast when, upon entry by Raffi, all snakes scurried off. The villagers truly believed that spirits protected the Jews and their possessions.  The Berbers believed that only Jews possessed the ability to re-enter their synagogues and treated this place of worship with idyllic respect and reverence. The mud-hut synagogue can be visited again as part of Raffi’s exceptional tours of this wonderful country.

Morocco is a very stable country. Tts citizens adore their king, who has always expressed solidarity with his Jewish subjects. During the Holocaust, the king refused to give them up to the Vichy French regime and later marched in solidarity with the city’s inhabitants when the synagogue was bombed in 2003. Raffi was honoured to have had an audience with the king, presenting the king with his book Jew Under Moroccan Skies. It’s a great read that can be purchased from Amazon.

You need at least six days to do Jewish Morocco justice and cover the imperial city route of Marrakech, Casablanca, Rabat, Meknes and Fez.  It is recommended to stay in Marrakech for Shabbat, particularly in a riad (authentic Moroccan hotel) in the old Medina.  The Ksar Anika is large four-star riad with 17 mainly deluxe rooms around a courtyard and pool. It has a delightful roof terrace from where I watched the storks and swifts at sunset perform their dance routines, a truly magical experience. This riad is actually opposite the Jewish cemetery and a few minutes’ walk from the ancient synagogue in the Mellah (Jewish quarter). What is wonderful is that whilst the remaining Jews live in the new town with their own modern synagogue, 10 men still always walk for over an hour on Shabbat morning to the Mellah, ensuring that there is always a minyan for the tourists who come for Shabbat.

Casablanca is home to Jewish sports clubs with upmarket eating clubs, where lamb baked in the oven is a delicious speciality and a treat for any visitor. There is a street of seven shuls where Raffi takes you to a Jewish bakery. Around Purim time, when we usually come with our annual group, challah is purchased with two boiled eggs as eyes, which are slashed before eating, an old Moroccan custom.

Most Imperial cities have Mellahs to visit, for example in Rabat, the capital of Morocco, and Meknes, home of Jewish learning and the kosher wine industry.   On a visit to Fez, once home to the Ramban, you can enter the premises he lived in amongst the biggest Medina in the world. Fez certainly has the most Jewish sites, with the third synagogue in the Mellah now renovated – it had operated for 50 years as a boxing club – plus the iconic Jewish cemetery perched on the hill, with splendid tombs. There you will find the resting place of Solika, a beautiful young 16-year-old Jewess whom the Sultan wanted to marry. He demanded that she convert, and when she refused he cut off her head. Her grave has been a pilgrimage site for almost 200 years for both Jews and non-Jews.

What makes Morocco so special apart from Raffi is the quality of kosher food available. Groups can be very well catered for at the riad in Marrakech, and the Shabbat Moroccan dishes specially prepared for us are exceptional, with spicy cholent my favourite.

Our next group trip will be Purim 2018 where we will join 500 people celebrating under the Chabad umbrella in Casablanca.  However, if you wish to arrange your own tour, whether a shul trip or for group of friends, please be in touch as this can be arranged at any time.  Winter is a favourite time to visit, where the pleasant climate is similar to that of Israel. 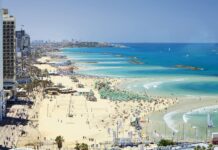