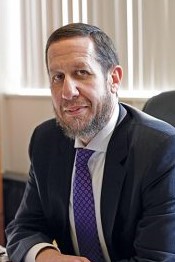 I am looking to get married next winter and want to do so on a Saturday night. After making inquiries I’ve been told that I would have to wait till several hours after Shabbat concludes before I could have my Chupah. What’s the issue and could exceptions be made?

This might come to you as a surprise, but back in the day weddings were held regularly on Fridays, with the Chupah before sunset and the festivities would incorporate a grand Shabbat feast. Today of course we have music, videos, photography, etc. and the various halls which are well beyond reasonable walking distance, so Friday weddings are just not practical.

In Jewish law, one does not get married during the intermediate days of a festival because of the principle of “not mixing one joy (wedding) with another (festival).” To that end, some halachic codifiers ruled that by extension one should not get married on the day immediately preceding a festival because the festivities could run into the night and thus encroach on the festival thereby mixing the two joys.

It follows logically therefore, that getting married on a Friday poses its own risks whereby it can overlap with Shabbat causing a violation of the Shabbat.

Looking at it from the other end – the Saturday night – shares a similar concern. The various preparations involved – cars, setup, not to mention hair and makeup, would cause an issue on Shabbat. As such, the mandatory requirement is that enough times passes after Shabbat goes out to enable these preparations before the wedding commences. We don’t want you starting married life with an immediate violation of Jewish tradition and would rather you wait stepping into that Rolls until after three stars come out. It’s a better way to ensure you see stars in your eyes all through your married life.

My adolescent daughter is behaving quite rebelliously. We are an observant home and she goes to a Jewish school. But lately she seems to not want to partake in any religious ritual. She sits at the Friday night table reluctantly, no longer goes to service on shabbat morning. I try to communicate with her – I am certainly a good listener and pay attention to everything she’s saying, but she insists “you just don’t get me Dad!” I am losing my patience.

Perhaps much of your answer lies in your opening words, “adolescent daughter.” The obedient child of yesterday is now a growing teenager with a mind of her own. She wants to assert her independence and to do things out of conviction rather than blind obedience. All too often we put our kids through the motions when they’re younger but fail to introduce them to the underlying joy and pleasure in what they are doing. So they readily comply. But as soon as they’re old enough to find their own voice they want to do things their own way. The real challenge is to introduce and encourage Jewish tradition and values as something they would want to do, not just something they have to do.

But it’s not too late and it all depends on how you handle things from here. You don’t get to lose your patience with her. Bear in mind, how you speak to your children becomes their inner voice. I cannot overemphasise how critical that is. So talk to her and remember, being a good listener is not just about paying attention to every word she’s saying. It’s about paying attention to every word she’s not saying as well!

Why is the Anglo-Jewish community so unfriendly? I recently moved here from South Africa and find people so cold. I’m single and have been attending my synagogue in Manchester for three months now and apart from the occasional Shabbat Shalom, not a single invite.

You got a Shabbat Shalom? Wow! Consider yourself lucky! I like to always observe my surroundings. So having been in Toronto recently (my hometown) I was walking the streets on Shabbat and strangers left, right and centre invariably nod or smile and wish you a Shabbat Shalom as they pass you in the street. A couple of weeks ago I was walking on the streets of Mill Hill and there were some random people clearly on route from Golders Green/Hendon to Edgware. As they walked past me I made eye contact and said “Good Shabbos.” It wasn’t reciprocated and the reading in his eyes was more like, “do I know you? Why are you talking to me?” Maybe his mother taught him not to talk to strangers. Or maybe he knew me and doesn’t like me. I don’t know. But I think it’s inbred in general English psyche to remain a little aloof, sad as that may be. For all those of you reading this, next time someone smiles at you, smile back. When they greet you, respond in kind. And if you should happen to be in a Shul where there’s a charming South African lady called Doris, open your hearts and your homes to her.