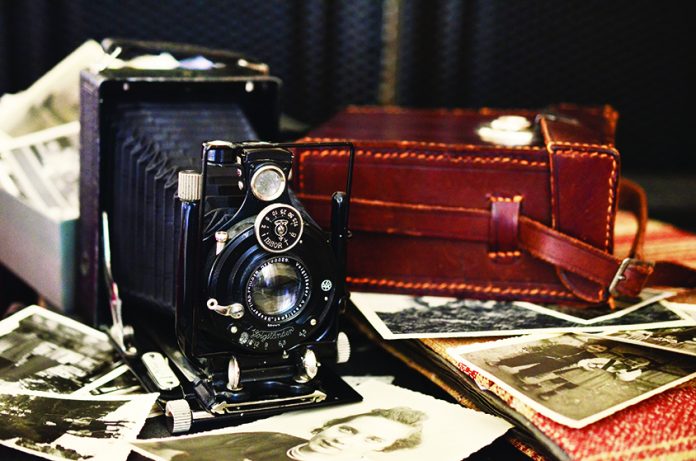 At dinner, I had shown Jay the photo, and he was also surprised that nothing had ever been said about this other sibling. As far as I had always known there were four children –  my mother Annie, David (he had moved to Australia and had passed away about 10 years ago), Ruby (she lived in Israel but still came to visit every summer as she found it too hot  in Tel Aviv), and then there was Sara, who lived around the corner from my mother. She had always been my favourite.  I had never heard anything about Gavi, and neither had my sister, who was just as surprised as I was. I had called her straight away to see if she had any idea.

“So, you’re telling me that we might have another uncle somewhere, and no one had ever mentioned him to us? That’s just crazy! Oh wai,t one of the girls is crying. Sorry, better go. The terrible twos really are harder than I thought…. Phew! Maybe talk to Auntie Sara; she might know. And tell me what she says.”

I couldn’t sleep that night, with  my mind working overtime to try to work out what had happened to that baby. Had he moved away, lost contact with the family, fallen out with them? So many things were running through my mind. I couldn’t just lie there, so I went downstairs to make myself some hot milk and honey just like my mother used to do when I was young. I put the saucepan of milk on the hob to boil and had another look at the photo on the kitchen table. As I looked at the faces, I wished they could speak to me and tell me what happened after this picture was taken. Maybe Auntie Sara would know….

“Gabriella, so nice to hear your voice. Of course you can come over today, it would be lovely to see you. I’m just off to play bridge now and then get my hair done, but could you do this afternoon, maybe around 3?”

“That would be fine, see you later.”

Bless my auntie, always busy, busy, busy. If she wasn’t playing bridge, she was getting her hair or her nails done, going to the theatre, or going on amazing holidays to far-flung places with her friends. She had a better social life than I did, and it was sometimes a bit like getting an audience with the queen to get a time when she was around, so I felt honoured to have an “appointment” with her.

“So how are things with you?” she asks as I sit down at the kitchen table that afternoon. “How are the kids? Still running rings round you?!”

“They are all ok, thanks, Auntie. Jay is on pick-up duty today, so who knows what state they and the house will be in when I get back. How are you?”

“Oh, you know me, I don’t complain. My hips creak, my knees ache when it rains, and sometimes if I stand up too quickly I go dizzy, but you know, I can’t complain. I keep busy.”

“You certainly do, Auntie.”

She potters around the kitchen, making tea, finding biscuits and wiping down as she goes. I smile to myself. She is just as house proud as my mother.

“Auntie, I was at mum’s house the other day, trying to sort through some of her stuff. I thought it was time I started.”

“Ooooch, that must be a big task. She lived in that house a long time, and she had a lot of stuff, bless her. “

“I found a photo and wondered if you might be able to help me find out more about it.”

“Of course, darling. Let me just go and find my glasses. I’m sure I left them in the other room when I was doing the crossword. One second….”

I reach for the envelope in my bag. I take out the small photo and place it on the table.

“Now let’s have a look at this photo. I always told Annie to put photos in albums, but she didn’t listen. I make those photobooks now when I go on my trips. It makes it so much easier. I’ll have to show you my books. Did I tell you I’m off to Alaska in December? I can’t wait.”

She picks up the photo and holds it close to her face to really focus. I see her eyes moisten as she looks at the familiar faces in front of her. She smiles but with a certain sadness.

“Where did you find this picture? I don’t think I have ever seen it, but I remember when this was taken. This was just before we left for England. Look at how sad we all are. We didn’t want to leave, but we knew we could not stay.  Mama and Papa were all dressed up like we were going on a cruise, when we were really fleeing for our lives.”

“Auntie, there is writing on the back of this. I recognise all the names, but there is one name, Gavi, I have never heard of.”

“Gavi, poor little Gavi, our baby brother. He was born just before we left, but he was so small and very sick. Mama had wanted us to stay in Poland for a few weeks until he got stronger, but we knew that things were not safe. She was so worried about the journey, we all were…but we tried to stay strong and keep positive, imagining our new lives in a new country.

“When we got to England, Gavi seemed to get better. He was eating, and growing, and everything seemed ok. Then one night he started crying, and he was so very hot, so Mama ran to the hospital with him to see what could be done. They kept him in for a few days. She slept in the chair next to his cot the whole time. We all prayed for him and hoped that he would get better.

“When Mama returned without him, we were devastated. Both my parents were heartbroken, but they were from a generation of people who did not show their emotions and stayed strong. They sat shivah for him, but after that they didn’t really talk about him, and we were all so young that we kept quiet about it too. We had to just get on with it, try to make a life for ourselves, a future.  Mama always blamed herself for not staying behind with him until he was better, but we might have all been lost if we had stayed.”

“Oh Auntie, that is so sad, I didn’t know anything about that. Poor Boobie, she always seemed so sad, and now I know why.”

“Gabriella, you know you are named after him? Our precious little Gavi, Gavriel.”

“Wow, I never thought of that. He obviously meant a lot to my mum.”

“Could I have a copy of this photo? It feels like so long ago, but I remember that day like it was yesterday.  I can’t believe I have never seen this picture before.”

She kisses the photo and holds it close to her chest.

That afternoon, Auntie Sara told me lots of stories about her childhood that I had not heard before. There were funny stories about my mother and her siblings and their life in Poland before the war. All the naughty and silly things they did, and how their lives changed so much when they came to England. We laughed, we cried and we remembered. I was a little sad that my mother wasn’t there to share them with us, but I am sure she was smiling down on us along with little Gavi.