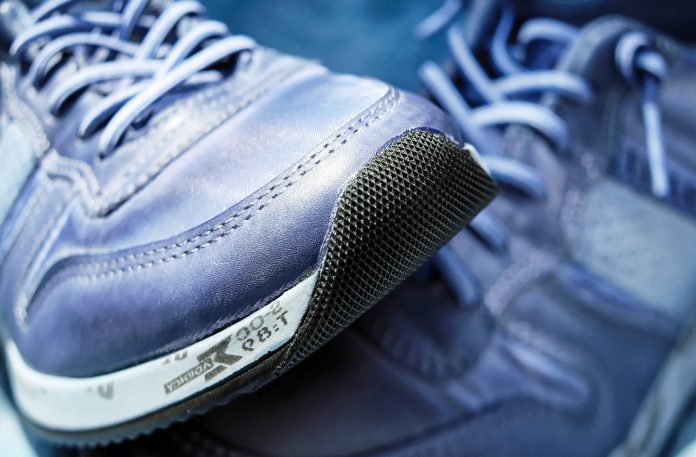 “Remind me why I agreed to do this again?” my best friend Sara asks me sarcastically as she opens her front door bright and early on Sunday morning.

“Because you’re my best friend, you want to get fit, and you want to raise money for charity, remember?”

“I know, I know, but it’s just so early, and so cold. Can’t we start training when it’s warmer?”

“No. We only have six weeks to go before the charity run, and we need to stick to the training plan. It’s not that cold, and once you start running, you won’t even notice it!”

“Ok, then,” Sara groans. As she closes the door behind her, she shouts jokingly to her husband, “Jamie, if we’re not back in an hour, we have collapsed somewhere in the park due to too much exercise. Send help…and chocolate!”

We start slowly as we jog down the road from her house towards the park around the corner.  Unsurprisingly, the park is quite empty at this time of day, apart a couple of dog walkers and a group of young boys having a kick around.

“So we are trying to beat last week’s time of 35 minutes. You ready?”

“As I’ll ever be,” Sara replies wearily. “Remember, this is just a charity fun run, not a marathon!”

“Yes, I know, but I really want to get a good time. This is for a really good cause, and I just want to get the most money. My boss has even said he will double his sponsorship if I can finish under 32 minutes.”

“Wow, no pressure then!! I get it though; after what cancer did to my dad, I want to raise as much money as possible to fight that evil disease…”

Sara looks a little teary as she says this. Her dad had succumbed to cancer a year ago after a long and painful fight, and whilst most of the time she was able to handle it, every so often she would get really down.

“So how’s your job going? Is it less stressful?” I try to change the subject. I am pretty impressed that I am actually even able to have a conversation whilst running. When we first started running, I was so unfit that even breathing was a struggle.

“Apparently they are taking on another permanent member of the team, so hopefully that should help. I’ve actually started looking around to see what else is out there. I’ve been there for two years, and if I want to develop to head of the department it’s the only way.”

Sara and I had known each other since school. My family had moved to London from Manchester mid-way through the year, and the thought of starting at a new school had filled me with dread. The teacher had made Sara my “first day buddy,” and she was tasked with showing me around and helping me get my bearings. The school was a lot bigger than my previous one, and I was so overwhelmed by the amount of other pupils and number of classrooms that I was worried l would get lost. Sara was great at showing me around, and she pointed out important locations and people in the school with the efficiency of an estate agent showing a prospective buyer around a property. The fact that she had eventually become an estate agent was of no surprise to me, and I always secretly hoped that I had somehow influenced her after that first day.

“Guess who I spoke to the other day?” Sara said. “Hannah. I haven’t seen her for ages, but she called me to invite me to her son’s first birthday. He is so cute, such a nosh. Have you seen her pictures on Facebook? She posts about a million pictures a day with him.”

Hannah and I were not really friends in real life, so I didn’t see the point in pretending to be friends on Facebook. Plus I hated the whole selfie, over-sharing, “Look at me and my amazing life” kind of posts. On the other hand, Sara and Hannah had known each other since nursery, and their mothers had grown up together, so they were very close. Hannah didn’t seem to like me throughout school, even though I tried really hard to be friendly. Whilst she had never actually bullied me as such, I always felt she was trying to make me look bad in front of Sara.

“Anyway, she was saying how she was trying to lose weight and get fit, and I hope you don’t mind, but I mentioned our charity run and she was really keen to get involved. Before I knew what I was saying, I had invited her along to train with us. She said she would meet us here. Is that ok? I know you and she are not the best of buddies, but she isn’t that bad. And if it means that she is raising money for charity, that can’t be a bad thing, right?”

“She might be too late to sign up. I know that they were quite oversubscribed,” I say hopefully.

“Hannah called them, and they said that they had actually had a few dropouts, so she was able to get a place, which is pretty lucky…”

“Come on, we’re not at school any more. I’m sure she won’t be that bad.” Sara is ever the optimist.

Before I have a chance to respond, a vision of pink lycra approaches. She always did like to be the centre of attention, whereas I was always happy to stay on the side lines.

“Hi Sar,” Hannah says, giving her a double air kiss. “Oh, hi Claire, you look…well. Thanks for letting me come along. I haven’t managed to lose all of the baby fat and Samuel is almost a year old now. I really need to do something about it; I feel horrible. Sara, you look fab even after your baby, how did you do it? Sorry Claire, I guess this is something you wouldn’t understand, as you’ve not had kids yet.”

And there it was again. Her little hurtful comments like that. Even after all these years, she still managed to make me feel bad. The fact that I hadn’t had children yet was not really any of her business, and the comment was a little insensitive given that I was currently single.

“Well I guess we’d better get started, if we have to get our time down to 32 minutes,” Sara says, trying to change the subject.

“Lucy’s boss has said that he will double her sponsorship if she can do it.”

“That’s really nice of him, but from what Sara has said about your training so far, it sounds like his money may be safe. You never were the most athletic at school were you, Claire?”

Sara joins in, “Do you remember that time at school, when Claire…”

I start to run, not wanting to hear the rest of what was no doubt an embarrassing story about me. I feel my neck and face go red, just like it used to when I was being teased. I hear the laughter behind me, and it feels just like I am back at school again….