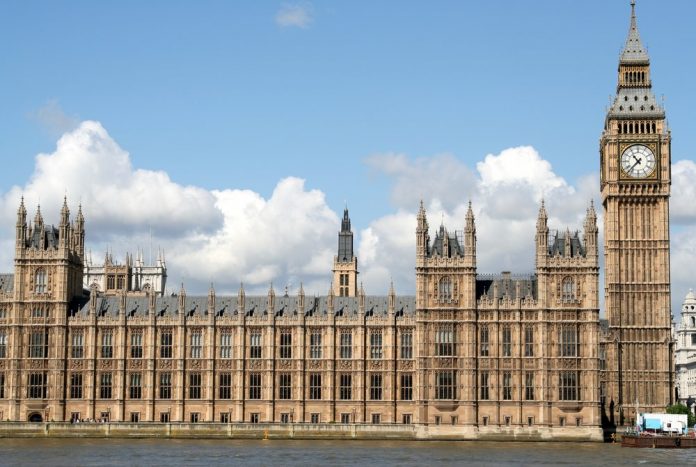 The Jewish Leadership Council’s panel discussion regarding the UN Human Rights Council and Israel took place in Parliament last night.
Louise Ellman MP and Damien Moore MP hosted the event.
Amnesty International UK had originally agreed to host the event but inexplicably cancelled by email shortly before the Sabbath last week leaving the JLC to respond after Shabbat.
Amnesty stated it was not appropriate to host an event by an organisation that “actively supports” Israel’s settlements.
JLC responded by stating they have no publically stated position on settlements.
The JLC backs a two-state solution as part of direct peace negotiations and oppose all blanket boycotts of Israeli goods.
The JLC also noted the panel event was not focused on ‘settlements’.
Jewish organisations and community members have lambasted Amnesty’s antics.
“It is disgraceful a Jewish charity is barred from the offices of Amnesty International UK,” said JLC chairman Jonathan Goldstein.
“For a long time, our community has been deeply disappointed by Amnesty International UK’s approach to Israel and the Jewish community, yet we had sought positive engagement. By withdrawing their offer to host an event on the role of the UN Human Rights Council, it is clear Amnesty International UK’s claim ‘to protect Freedom of Expression,’ is only on their terms.
“We have long argued that the aggressive criticism of Israeli government policy creates an environment where antisemitism thrives and it is highly regrettable that on this occasion Amnesty International UK’s decision has targeted the Jewish community.”
Board of Deputies President Jonathan Arkush vehemently backed JLC’s stance.
“Amnesty’s stated reasons for cancelling a meeting organised by the JLC are specious,” he said.
“Amnesty should not need to be reminded that human rights such as freedom of speech within the law are universal – they even apply to those whose opinions you disagree with.
Amnesty has deeply discredited itself and exposed its long-held bigotry when it comes to the world’s only Jewish state, Israel.”
The JLC published Amnesty’s email on its website as Monday unfolded after publically explaining its position. `‘Amnesty International UK initially committed to joining a panel debate. They withdrew from the panel some months ago, but agreed to maintain their offer of the event space.
Four days before the event was scheduled to take place, the JLC received notice that Amnesty International UK was no longer agreeing to host the event, on the grounds they are “currently campaigning for all governments around the world to ban the import of goods produced in the illegal Israeli settlements. We do not, therefore, think it appropriate for Amnesty International to host an event by those actively supporting such settlements.”
Over the coming 24 hours, over 900 people responded to JLC’s request to sign an open letter on its website condemning the decision.
By Tuesday morning, JLC’s target signatories had been all but guaranteed.
The letter will be sent to Amnesty UK and national newspapers for publication.
The letter stated:
‘We are writing to express our extreme disappointment at your cancellation of the Jewish Leadership Council’s panel debate on Israel due to be held at the Amnesty International UK (AI UK) headquarters. The reasons stated for the cancellation of this event are problematic and unacceptable.
The belief that it is not appropriate for AI UK to “host an event by an organisation that actively supports Israel’s settlements” vindicates those who argue that there is a slippery slope from endorsing the Boycott Divestment and Sanctions (BDS) movement to discrimination of Jews.
The Jewish Leadership Council takes no set position on settlements. AI UK has maligned the Jewish community by making sweeping accusations and assumptions about its policies on Israel.
There have been a number of events previously held at the AI UK premises with speakers that hold problematic views. These speakers are seemingly not held to the same level of scrutiny as the Jewish community has been on this occasion.
We therefore ask that you issue a public apology to the Jewish community for your discrimination and openly share the criteria under which you made this decision.’
The JLC has thanked the intervention of MPs for organising the Parliament discussion.