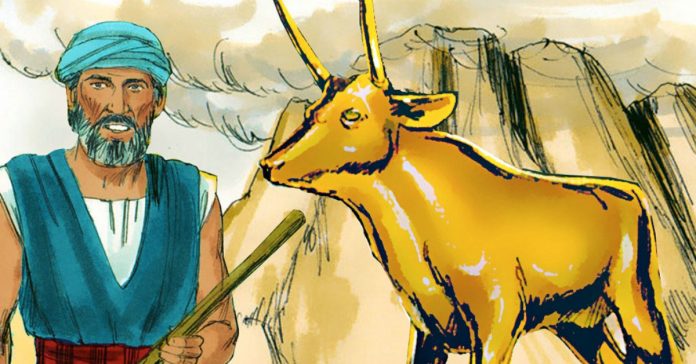 ·         The Jewish people are told to each contribute half a shekel of silver to the Mishkan (Sanctuary).

·         Betzalel and Aholiav are placed in charge of the Mishkan’s construction and the Jewish people are once again commanded to keep Shabbat.

·         When Moshe does not return from Har Sinai, the Jewish people make a golden calf and worship it.

·         Moshe descends from Har Sinai carrying the Luchot (Tablets) which are engraved with the Ten Commandments.

·         Hashem proposes to destroy the Jewish nation because of this sin of idol worship but Moshe arbitrates on their behalf.

·         Hashem listens to Moshes prayers and forgives the Jewish nation, but says the effect of their sin will be felt for many generations.

·         Moshe prepares a new set of Luchot and once again ascends Har Sinai where Hashem re-inscribes the new Luchot.