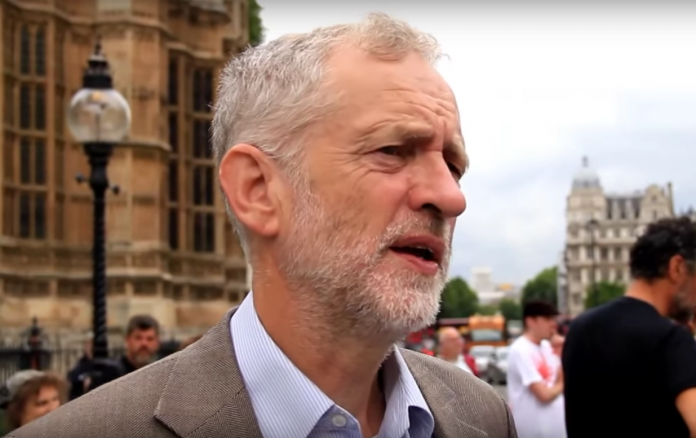 A Labour government could impact alarmingly on UK-Israel relations in the Middle East and around the world according to a new briefing report by Britain Israel Communications and Research Centre (Bicom).

The pro-Israel think tank outlined potential implications of a Jeremy Corbyn led administration adopting a pessimistic stance towards Israel in its paper ‘Labour Party Foreign Policy in the Middle East – an Analysis’ published on Tuesday.

BICOM CEO James Sorene lambasted Corbyn’s Party in his assessment of the paper.
“Labour’s foreign policy is an issue of deep concern to many of Britain’s closest allies in the Middle East, and around the world,” he said.

“Decades of intelligence and defence cooperation are at risk.

“Booming bilateral trade, inward investment and job creation could be in peril, precisely when we need them the most as we leave the EU.

“If Labour move too close to Iran and Hamas and Hezbollah, then this will also undermine international efforts to fight terrorism and even limit the sharing of vital intelligence that saves British lives.”

He further warned, “If Labour recognise a Palestinian state and adopt the Palestinian position of putting international pressure on Israel it could lose its influence with Israel to solve the Israeli-Palestinian conflict.

“Moves towards a boycott of settlement goods could provide a slippery slope to wider boycotts of Israel and this would seriously harm Britain-Israel relations and impair an expanding trade partnership that creates thousands of UK jobs.”

“BICOM’s briefing should be widely read, it is cogent and timely,” he said.

“As the report warns, if past form were to be repeated in Government, this could damage Britain’s interests in the Middle East and around the world.

“Cosying up to Iran Hamas and Hezbollah, the world’s principal sponsors of terrorism, would threaten Britain’s security.

“Such countries and groups must be challenged, not indulged.

“Like all political parties, it is up to Labour to convince the UK’s Jews that they are worthy of our support. As we saw in the 2017 General Election, the Jewish community made a clear difference in a series of tight marginal seats.

“I hope that Labour will read the BICOM briefing carefully and heed its warnings.
Mr Arkush added, “Polls suggest that Labour has alienated almost all the support from Jews in Britain that it previously counted on.

“It is not too late to turn the tide, but Labour needs urgently to adopt policies that will protect Britain’s security and British jobs, and preserve the relationship with Israel, Britain’s most dependable ally in the Middle East and a key partner in counter-terror, trade and co-operation in the high tech industries of the future.”

Among key points, the report noted Labour’s position in the 2017 manifesto and in Corbyn’s speeches and interviews since becoming leader threatened to “drive a wedge between Britain and its traditional allies – both Israel and Western-aligned Arab states.”
In terms of Labour’s clear commitment to supporting a two-state solution, a manifesto pledge to recognise Palestine would likely be “swiftly fulfilled by a Labour government, boosting the Palestinians’ campaign for recognition outside the context of an agreement with Israel, whilst having a chilling effect on UK-Israel relations”. This in turn could be compounded if Labour leader’s calls for increasing international pressure on Israel resulted in a shift in voting patterns in the United Nations, UNESCO and the UN Human Rights Council to move closer to Palestinian positions.

The report also highlighted a recent visit to Israel when Shadow Foreign Secretary Emily Thornberry stressed Labour’s commitment to UK-Israel relations and her opposition to boycott, divestment and sanctions, but also said she would personally avoid buying goods from settlements.

The paper added that whereas the Conservatives have worked against local government boycotts, Labour has said local councils should set their own policies, raising concerns that pro-boycott positions – which have support on the Labour left – may gain ground under a Labour government.

Another point was how a Labour government might react to wars between Israel and Hamas or Hezbollah would be “as consequential as any preordained policy shift”.