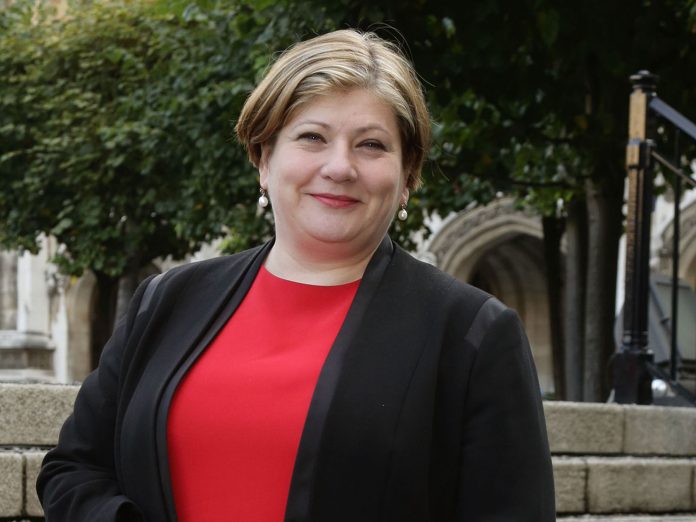 Shadow foreign secretary Emily Thornberry reiterated Labour’s “unequivocal support” for the State of Israel in a keynote speech at a Labour Friends of Israel annual lunch on Tuesday.
She also reaffirmed the Party’s manifesto pledge to support a two-state solution in a secure Israel.
And closer to home, the shadow minister said Labour would apply a “zero-tolerance approach” to anyone holding anti-semitic views
“We must continue to protect the rights of Jewish people to enjoy the most basic freedom of all – freedom from fear, persecution and violence,” Thornberry told guests despite her “profound differences” with the current government of Israel.
Thornbury said the Middle East had much to learn from Israel and viewed a positive vision how a Labor-led government could build a more peaceful, more prosperous and more progressive future both for Israel and its neighbours.
Recalling her recent trip to Israel, she said there was a long way to go before Israeli citizens can feel safe in their homes streets and borders.
Whilst recognising the issues of Israeli life under a constant undercurrent of fear, she noted a Labour government would tell the Israeli government it must cease settlement-building.
“We will work for a solution to the tragic plight of Gaza – one that seeks both to end the blockade, while also protecting the people of Israel from Hamas rocket attacks,” Thornberry said. “And we will recognise the State of Palestine, because it is in the interests of Israel, the Palestinians and peace.”
She added. “Recognition of a Palestinian state is just a starting point. The next Labour government will be strong advocates of a two-state solution: one that brings the people of Israel lasting security and peace and one that brings the people of Palestine a viable, democratic and prosperous state.”
In terms of the much-publicised anti-semitic views in the Labour Party, she noted there was no place for anyone holding anti-semitic views or who denies the right of Israel to exist.
“Any people who hold those views must and will be drummed out of our party,” Thornberry said.
“It would be a crying shame if when voters next go to the polls, we fail to win councils like Barnet or seats like Finchley and Golders Green, not because we don’t have the right policies or the right candidates, but because large parts of those communities feel that we are not doing enough to tackle the bigotry and prejudice that they face.
“Instead, if we can demonstrate that zero-tolerance approach to anti-semitism, not just in words but in action, then I hope we can get back to having a conversation with those Jewish voters about the other issues on which we all agree.”
Thorberry’s speech came 24 hours after Bicom’s scathing report on a potential Labour government when chief executive James Sorene said Labour’s foreign policy is an issue of “deep concern” to many of Britain’s closest allies in the Middle East and around the world.
He added that recognition by Labour of a Palestinian State and adoption of the Palestinian position could lose its influence with Israel to solve the Israeli-Palestinian conflict.