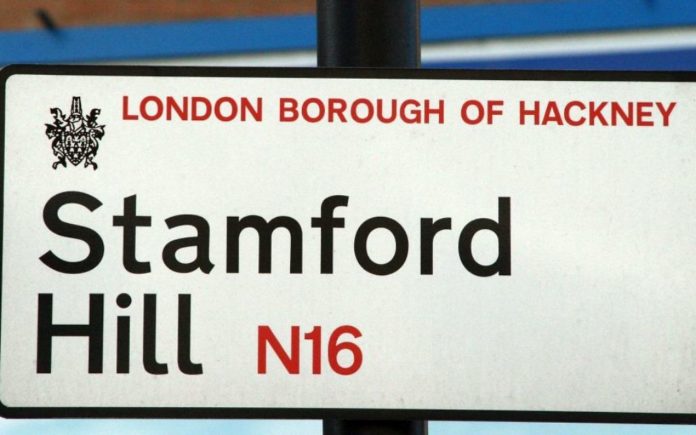 Last Thursday evening a “Prayer and Explanation” gathering to combat the education authorities’ policies undermining the ethos of faith schools took place at the Aden Hall, Stamford Hill. The event was convened by leading  Rabbonim within the Charedi Kehilla.

Despite the relatively short notice of the meeting and its limited advance publicity, over three hundred parents attended. The rousing recital of Tehillim created a powerful introduction to the proceedings. The eloquent speeches  that followed  provided great chizuk to all the participants- the overall message being that  mosdos cannot and must not capitulate in the slightest way to demands that are contrary to Torah

The Chairman, Rabbi Shlomo Elbaum, Rosh Kollel Choshen Mishpot, Tshabe Kollel, related a ma’aseh from the Gemora, where a Matrenusa (prominent female personality),  tried to force a Rabbi to commit a serious sin. The Rabbi chose to run inside a burning oven rather than succumb. When the Matrenusa saw this she declared that had she known the gravity of the sin was she would not have endeavoured to inflict it.

With this citation, Rav Elbaum declared “ The Government should clearly hear that our community as a whole is deeply hurt by the DFE’s intervention in fundamental tenets of our religion,  that we will not follow such guidelines at any price, that it’s is a red line we will never cross. If they had already heard this unequivocally a long time ago they would surely have backed down from this. We are not here to criticise any other Jewish activists groups or headteachers who have chosen a more lenient approach. Tonight’s objective is a positive one,  to make our voice heard to the general public and to the relevant authorities. Everyone should know that the current education agenda within the DfE is of  great concern, striking at the heart of our core existence.”

Rabbi Eliezer  Mordechai  Stolzberg, a prominent leader within the Satmar UK community,  quoting from seforim and poskim, conveyed important guidelines and messages relevant to the current situation. He said it is our duty not to mislead anyone into thinking we can accept decrees which go against our Torah when the reality is we will not adhere to them. He suggested that special daily prayers should be introduced into all schools until the cancellation of the unacceptable decrees.

The high point of the evening was the arrival of the renowned senior Rosh Yeshiva Rav Elyakim Schlesinger. In his passionate speech, he delivered an account of Jewish history in the UK since World War Two. He described the traditional nature of education institutions in the early years, which were basically in conformity with Torah principles. Reformers and liberal-minded “educators” were virtually non-existent within the community, Much of this was thanks to the late Rabbi  Henoch  Padwa ztl who with his ingenious wisdom and understanding led the Kehilla on the correct path. Different was the situation nowadays where hostile elements were meddling in our core Jewish fundamentals.

The Rosh Yeshiva continued with an expression of dismay that some negative changes had been seen recently in certain orthodox schools, which a few years ago would have been unthinkable.  He stated “The situation is very bad. We have to save our generations. Every parent has to know! Only they have the responsibility for their children, we cannot always rely on the school as we did until now. Parents have to demand from head-teachers that changes not favoured in previous years should not be allowed. If their wishes are not granted they should consider building new schools which will strongly & unequivocally adhere to all Torah values”.

A specially invited speaker was a lawyer and  Barnet Councillor Brian Gordon, who is a member of the UOHC Executive and External Affairs Committee and has participated in many delegations to Government ministers on chinuch and other issues. He gave an overview of the changing moral standards in society that have brought about the efforts to undermine religious schools. He referred to the current obsession to promote “equalities” concepts, stemming from the Equalities Act 2010. It has spawned an abundance of new-fangled terminology such as “protected characteristics”, ”social cohesion”, “tolerance” and “combatting discrimination”, which certain anti-religious, humanist elements behind the scenes in the DfE and OFSTED were using as a means of riding roughshod over faith schools.

Cllr Gordon expressed the view that the Charedi community, whose children comprised the majority of those now being educated at UK Jewish schools, has been too reticent and defensive in combatting the new unacceptable guidelines. He stated “ To demand teaching same-gender relationships at religious schools is itself an act of intolerance. We can teach children to be tolerant of other cultures and lifestyles without having to spell out what they are”.  He said charedi askonim should be far more vigorous and politically direct, to the point of “peaceful mass protests and demonstrations, if our Rabbis so permit”. Reiterating that religion is itself a “protected characteristic” and that the law was therefore potentially on our side,  Cllr Gordon said “Most politicians are not even aware of the injustice to which our schools are being subjected. If they were,  I am sure there would be considerably increased  support for our position”

Former  Rosh Beis Din, Manchester, Rav Gavriel Krausz, gave a short speech by telephone. Saying that some of the new Independent Schools Standards  Guidance are in total contradiction to the tenets of our faith and Torah, he said we cannot comply with them. He urged the olom   to sign a  declaration to this effect that  has been prepared for submission  to the relevant political departments

Concluding the event, Rabbi Myer Rothfeld, a prominent accountant, Executive UOHC  member and lecturer, recounted the first-hand experience with various officials in the education system with whom he had met. It provided listeners with a behind-the-scenes “ insight into the DfE & OFSTED. He conveyed messages from leading international Jewish leaders as to how we should behave in dealing with politicians and Governmental representatives on sensitive Kehilla matters, to achieve the best results, iy H, for the future of Klal Yisroel.