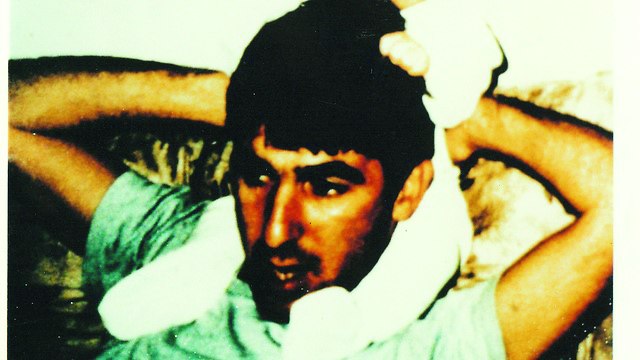 The Lebanese newspaper Al-Akhbar reported this week that an Iraqi citizen arrested in Lebanon two months ago is suspected of collaborating with Israeli security officials. Marvin Ben J. J. told his Lebanese interrogators that he was recruited by Israel to gather information about Hezbollah, the Lebanese and Syrian armies and to recruit agents in Lebanon and Iraq. But what is most significant is that he was asked by a man called Ilan Nissim who approached him on Facebook to collect information about Ron Arad’s burial place.

Israeli navigator Ron Arad was captured by a Lebanese militia on October 16, 1986, while participating in an attack on terrorist targets south of Sidon. The Phantom plane he was flying in was damaged as a result of a technical malfunction and he along with the pilot abandoned the plane in Lebanese territory. A helicopter was sent to evacuate the two but only managed to rescue the pilot, while Arad was captured by the Shiite organization Amal.
In 1988 the Amal leader Mustafa Dirani, with strong links to Iran, was understood to have sold Ron Arad to another Shiite organization who in turn sold him on to other groups which may have included the newly founded Hezbollah. All trace of him completely disappeared in May 1988.

There were reports that Arad was killed by his captors on May 3, 1988, during a paratroopers’ operation against Hezbollah in the village of Maidon. Others reports say he was killed while trying to escape.

According to the report, Nissim first spoke with the suspect Marvin Ben J. J. about six months ago and while Marvin initially feared arrest and punishment, he was later persuaded to transfer the information to his Israeli handler.

Marvin was arrested on 20 April in the al-Sabtiya area east of Beirut by the Lebanese General Security Service, as part of a series of arrests intended to impede “subversive networks in Lebanon.”

His origin is from the Dahuk district of northern Iraq and during his interrogation, it was revealed that Marvin had been active in the Kurdish Pashmerga forces for the last six years, who have military cooperation with Israel.