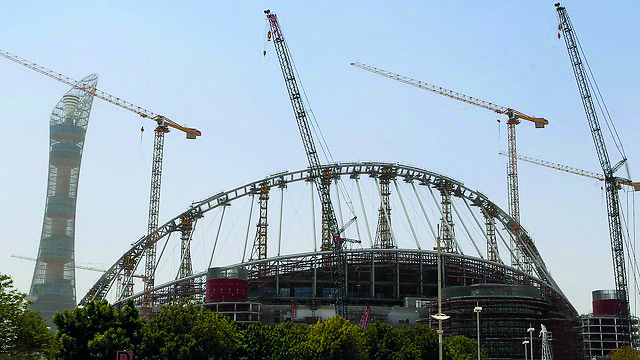 Soon after Muslims in the Gulf completed their Fajr prayers on Monday, the tiny State of Bahrain announced it was cutting ties with Qatar and would close its sea and air borders with its neighbour. Minutes later Saudi Arabia and the United Arab Emirates followed suit in a coordinated move, and Qatari citizens in both countries were given 14 days to leave.

An hour later Egypt made the same announcement, as did Libya’s eastern-based government (the country is split due to civil war).

Next to announce it was cutting relations with Qatar was Yemen’s internationally backed government who is also at war. Yemen has already lost the capital and large portions of its war-torn country to Iranian-backed militias. The Maldives in the Indian Ocean,known for its beaches, blue lagoons and reefs, also declared it would cut ties with Qatar.

These nations gave differing reasons as to why they were taking this action, but all accused Qatar of supporting the “Iranian-backed terror groups,” spreading “instability in the region” and supporting “al-Qaeda ideology.”

The news comes just two weeks after US President Donald Trump, who visited Saudi Arabia, demanded that Muslim states must fight terrorism and the radical ideology that encourages terrorism.

Qatar denounced the move, saying the accusation that it supported terror was based on lies. Moreover, the Gulf State has been accused of being a funding source for Islamists for many years, as has Saudi Arabia.

It is well known that Qatar is a strong financial supporter of the Islamist group Hamas based in the Gaza strip and gave refuge to its former supreme leader, Khaled Mashaal, in Doha, so Israel is satisfied that the Gulf state is finally being marginalised.

Arab League Secretary-General Ahmed Aboul Gheit expressed regret that relations between Qatar and major regional powers had got to the point of suspending diplomatic relations.
Iran, long at odds with Saudi Arabia and a behind-the-scenes target of the move, blamed Trump’s visit last month to Riyadh. Trump even mentioned Hamas in his speech while in Saudi Arabia. “This isn’t new,” he said. “Qatar has been lavishing Hamas and Islamists from Tunisia to Egypt, Libya and Syria with cash for half a decade.”

In a tweet on Tuesday, Trump wrote “During my recent trip to the Middle East I stated that there can no longer be funding of radical ideology. Leaders pointed to Qatar – look!”
Later on Tuesday, Qatar’s foreign minister said Kuwait is trying to mediate the Gulf crisis between Qatar and its Arab neighbours.

This is said to be the largest diplomatic crisis in the Persian Gulf since the 1991 US-led war against Iraq, and it has pitted several nations against Qatar, which is home to some 10,000 American troops and a major US military base.

Airlines suspended flights, and Qatari residents, nervous about the peninsula’s lone land border, cleaned out grocery store shelves and stocked up on supplies. The combined ban involves sea, air and all borders, and Egypt has even banned Qatar from using its air space, according to reports.

The state-run Kuwait News Agency reported Kuwaiti ruler Sheikh Sabah Al-Ahmad Al-Sabah spoke with Qatar’s Emir and urged him not to give a defiant speech against its neighbours in order not to raise the tensions. The call came after a senior Saudi royal arrived in Kuwait with a message from the Saudi king. An Omani diplomat also travelled to Qatar on Monday.

Meanwhile, the Philippines also announced it will temporarily suspend the deployment of Filipino workers to Qatar. Labour Secretary Silvestre Bello said the ban took effect Tuesday, but there is no plan yet to repatriate the more than 200,000 Filipino workers in Qatar. More than 1 million Filipinos reside and work in Saudi Arabia, Qatar and Bahrain.

The decision to tighten the sanctions on Qatar came after a slow campaign of media explanations by Trump and Gulf leaders to lay the groundwork.

These Gulf States and their ally Egypt have even warmed to Israel in recent years over the common interest on who is the real enemy in the region. The coalition of Iran, Hezbollah, Sunni Jihadists, Hamas and the Muslim Brotherhood are seen as a major destabilisation and a supporter of chaos in the region.

Qatar also funds the Al Jazeera news network, which in recent years has taken a decisive anti-Israel stance with myths and a complete rewriting of history and facts about Israel.
Al-Jazeera, which is based in Qatar, was blocked in the UAE several weeks ago after airing more articles and broadcasts critiquing Saudi Arabia’s Yemen policy of supporting the internationally recognised government.

The diplomatic standoff also threatens the international prestige of Qatar, which is set to host the 2022 World Cup Finals. But anything that reduces support for Hamas or Iran in the region is welcome news in Jerusalem.