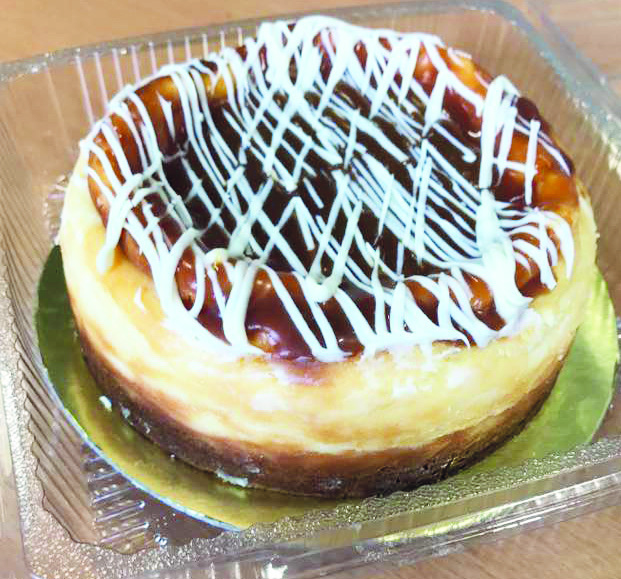 Seven KLBD bakeries took part in this year’s competition, offering a wonderful variety of different cheesecakes, which were put before a panel of United Synagogue colleagues; categories for scoring included appearance, texture and (ultimately most importantly) taste.
The contestents were:

Finebaked
Finebake, a commercial bakery, sent a traditional cheesecake to sample and the panel thoroughly enjoyed it.

La Brioche
La Brioche are no strangers when it comes to the You & US Cheesecake of the Year competition, having been crowned champions on two previous occasions.
This year, they put forward a slice of their traditional cheesecake, which was well received by all members of the panel.

Munch n’ Crunch
Current champions, Munch N’ Crunch, provided us with the most amazing variety from their range of cheesecakes.

There was everything from plain, blueberry, strawberry, chocolate and dulce de leche, to the more unique mini cheesecake pot, an individual layered slice of cheesecake, a cheesecake ‘sandwich’ and the intriguing mini crumble sponge cake with a cheese filling.

Parkway Patisserie
Parkway’s entries this year included two delicious cheesecakes, one topped with summer fruits and the other with chocolate, together with large slices of both plain and a fruit cheesecake.

Sharon’s (Edgware)
Our final competitor was Sharon’s Bakery, whose cheesecake was traditional and tasty. There was a hint of lemon, which some members of the panel particularly enjoyed.

The Verdict
The standard this year was exceptionally high, with the competition being as close as ever. In truth, any of these entries would have been worthy winners but the judge decided that the winner of Cheesecake of the Year 2017 wasCarmelli Bakery’s Salted Caramel Cheesecake.