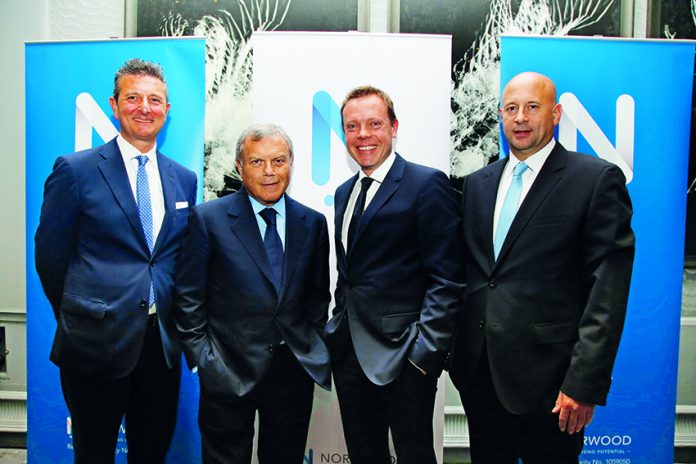 Over 370 business leaders attended the Grosvenor House Hotel in London on Monday 5th June for Norwood’s annual Private Equity Dinner, raising over £200,000 for the charity – vital funds that will help to support thousands of vulnerable children and their families, children and young people with special educational needs and adults with learning disabilities and autism, in the community.

The event – sponsored by Investec Private Banking – saw WPP Founder and Chief Executive Sir Martin Sorrell take to the stage, as guest speaker, where he spoke of the essential role that the media should play in current political discourse, saying; ‘Part of the reason we failed to predict Brexit or Trump was because we were only speaking to ourselves. And since then, it appears that greater uncertainty has polarised people even more. How then, do we encourage free and open debate, rooted in facts and a common frame of reference, to ensure we come together and move forward as a country? A good start will be with fair, and financially sustainable press.’ He urged newspapers to ‘work together more regarding advertisers,’ and said that ‘printed newspapers are essential in this country for good local news.’

The room then heard from Simon Piler, supported by Norwood, who spoke of how the charity has helped him, saying; ‘Norwood has done a lot for me. I came to Norwood, in London, from Harrogate. I made good friends, and the support staff are brilliant. I really appreciate all they do for me’.

Guests were also treated to the talents of impressionist Jon Culshaw, who kept everyone entertained with his repertoire of over 300 celebrity voices, including Andy Murray, Arsene Wenger, Jeremy Corbyn, Boris Johnson, Donald Trump, and Barack Obama. He also announced the raffle prizes, including one which was won by one of The Jewish Weekly Directors!

The event was a huge success, with Private Equity Dinner committee Chair, Marc Cohen, commenting after the event; ‘There’s a great turnout, with lots of people here, and a really good atmosphere – and it’s a small way for our sector to be able to give back’.