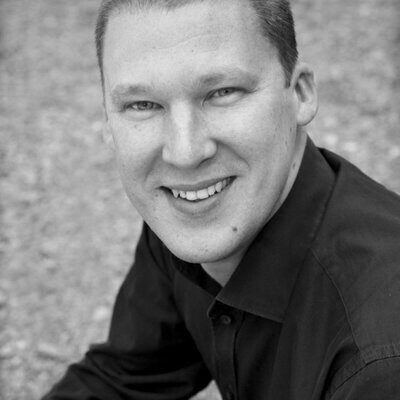 Growing up as the son of a journalist, award-winning photographer Steve Bootle had a head start in the field of photography. His father’s friends, who were press photographers, loaned him enough equipment to enable him to setup a “dark room” (as they were known in the dark ages of the late 20th century…). The equipment included an enlarger, through which one would insert the negatives as well as various chemicals and photographic printing paper.

So, at the age of 14, Steve set up his first photography enterprise, capturing images on camera film and developing them in the attic of his parents’ home. Blessed with a good eye for photography, Steve continued to develop his interest until he went to college to formally study his passion for photography. Entering college with the plan of going into press photography, Steve took a newspaper photography course. There, he was trained in camera techniques, newspaper ethics and developing black-and-white as well as colour photography.
Upon graduating college, Steve began his career as a press photographer, where his duties included grabbing worthy news stories, like a visit from a Member of Parliament or any local incident. I ask Steve which famous people he’s captured on film. HM Queen Elizabeth II and HR1H Prince Charles are at the top of the list, but his portfolio also includes various MPs, as well as former Prime Minister Tony Blair and various actors. He met famous photographer David Bailey, who he describes as an “interesting character,” and whom he had hoped would come across as a nice person. He also enjoyed meeting Adam Faith, even giving the late actor a lift to the station following a photo-op, with a few minutes’ conversation.

As a press photographer, Steve attended many northern England football games, including (but not limited to) Sheffield, Leeds and oftentimes even Chelsea, Tottenham and Manchester United. He particularly enjoyed getting a good seat. “We used to be able to go behind the goals so we were right next to the action.” He also covered rugby and cricket games, so his portfolio is very broad.

Following this he branched out. Although Steve has his regular events, specialising in weddings, bar and bat mitzvahs and professional portraits, he insists that you don’t need a particular niche to succeed. Much of his business is repeat work and recommendation, along with networking and taking advantage of social media, which obviously thrives on images. “Social media is a great way to showcase your work,” he explains. His satisfied customers enthusiastically endorse the quality and “complain” of being spoiled for choice with his large portfolio. One client wrote, “Steve’s work stands out as being the best and by far the most affordable.”

How has today’s digital world impacted his career? He explains that client expectation has grown, in particular customers demanding prints almost within the day of them being posed for. This fast-paced photo printing is mainly positive, though Steve misses “seeing the photo develop on a sheet of paper rather than on a computer screen.” The advances in digital media means people tend to put in less effort into correct lighting, which used to make the photography experience more meaningful.

Professional photography is still in high demand, even in the smartphone generation, where you just pick up a digital device and take the photo. The results won’t be the same; the quality and the eye for the correct setting will always be best in the hands of a professional.
Steve remembers the first digital camera he received as a journalist. Not only were the images poor quality, but the device kept breaking down. Today’s cameras are far better, but with a new camera being released every six to nine months, it is not practical to keep up with obtaining every new model, nor does he think it necessary. “The quality of today’s images is fantastic,” Steve asserts.

What does a good photo depend on? “Lighting and composition, as well as what one can technically do with a camera.” Steve reveals that a photographer needs to be very much a people person. The person you’re taking an image of must be relaxed, and it’s the photographer’s job to ensure this. This skill is just as important as knowing how to capture the perfect image. As one reviewer wrote, “He has a way of making you feel relaxed and at ease. That’s what helps him to get great photos and capture some really special moments. He even managed to keep our two-year-old still and smiling at the same time.” Seemingly it is not only toddlers who need to be relaxed for a good photo. A renowned law firm also testified: “He puts everyone at ease, is prompt and works quickly to get the best shots for our publicity.”

What advice does Steve have for the aspiring photographer? The same he received as a youngster. “My best advice would be just go out and take photos whenever you can, lots of different photos of lots of different things, family or friends. Experience is the best thing.” Going to college may be the start of many other careers, but with photography you simply “take your camera out.” Photography, he explains, is a career in which you are always improving.

Though based in Leeds, Steve’s clientele are around the country, and customer satisfaction is what brings them back for more.