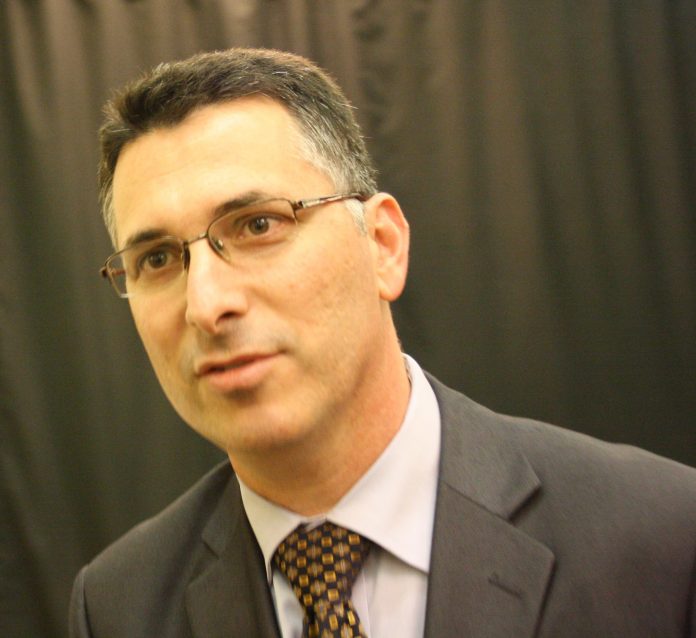 Former minister of both the interior and education portfolios, Gideon Sa’ar announced his political comeback. He was seen as a rising star within the Likud and a possible rival to Prime Minister Netanyahu, but resigned from government nearly 3-years ago saying he wanted to spend more time with his family.
The media speculated that he has fallen out with Netanyahu and would make a bid for the leadership but they were wrong. Now Sa’ar says he is committed to the party and its goals. The former minister made the announcement that he would be re-joining political activities in the Likud, during a speech he made at a conference attended by political activists in Acre. “Two and a half years ago I took time out. It was the best time, the nicest time, the quietest time. I came this evening to tell you that the time out has ended,” he declared.
Sa’ar’s remark, “How I have missed this,” were greeted with a rapturous applause from the audience before he went on to speak about the upcoming festival of Passover and what it meant for the State of Israel and its people.
“My friends, Likud members, we are at the eve of Passover. The festival of Passover is what we say marks our freedom. What is real freedom? It is to be ourselves. We became an independent people when we left Egypt. On the eve of Passover we need to ask ourselves first and foremost, who are we? Who are we as a country? Who are we as a people? Who are we as the Likud movement?”
The former Netanyahu loyalist warned his listeners of renewed pressure being exerted on Israel to accept a peace settlement based on the pre-1967 armistice lines.
“We recognize the danger of returning to the same formula of going back to the 1967 lines with changes or otherwise; this was something that we believed, and still believe, endangers the future of Israel and the security of Israel,” he said.
“In the face of this danger we need to strengthen our stance and the country, and strengthen the Likud as a central national political movement in Israel,” he continued.
Sa’ar declined to answer when asked at the end of his speech whether he intended to compete with Netanyahu for control over the party.
However, he had only positive remarks to say about the Israeli prime minister. “I want to praise Prime Minister Benjamin Netanyahu who has stood up and guarded our interests. But the pressure and problems are not behind us.”
Sa’ar’s 2014 announcement came as a shock to many party members who anticipated that he was about to announce his intention to fight for the leadership of the Likud.