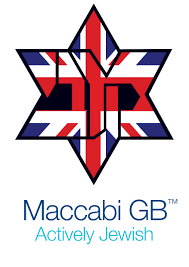 Maccabi GB is set to have a new national headquarters following a merger with Kenton Youth Aid Trust.

The property was formerly the home of Kenton Maccabi most recently known as Kulanu.
In a year when Maccabi GB celebrates its 80th anniversary it will now further develop its reach and programming.

Maccabi GB took over the day-to-day management of the Kulanu Jewish Sport and Community Centre in January 2015.

The Centre, used communally and as a hub for Maccabi GB programmes, is also home to the Stand Up project, a spin off from the Streetwise Programme.

Maccabi GB was based at Shield House for 15 years.

Chairman David Pinnick described the merger as a “significant moment” in the organisations history”.

“We will ensure the centre remains home to Jewish life for many years to come,” he said.
“We are excited at the prospect of moving to a building which will be our own home, designed to our specific needs.

“Undoubtedly this is the right move at the right time for Maccabi GB.”

KYAT chairman David Judah said Kenton has long been associated with the Maccabi movement since it opened its doors 40 years ago.

“It is fitting the operations centre of the Maccabi movement in Great Britain will now be housed in the building that was once home to one of its leading clubs,” he said.

“This merger will provide a boost to Maccabi by giving them a long term base.”
The Kenton venue was home to a Maccabi youth club, guides and scouts groups.
No date for a move has been finalised but planning has begun and work will commence shortly.