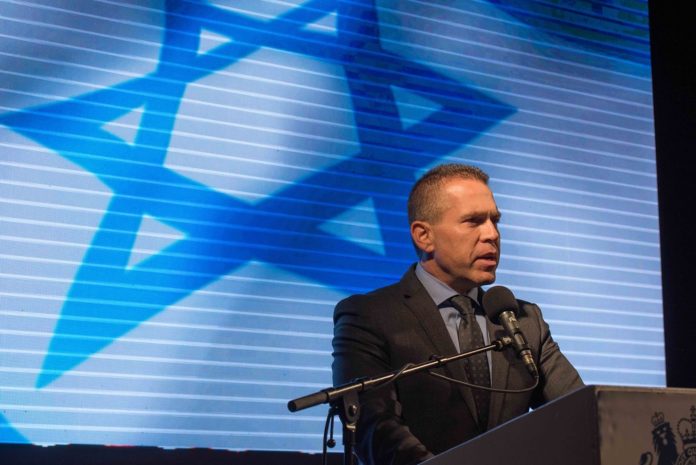 Public Security Minister Gilad Erdan has warned protesters from Israel’s Ethiopian community that violence and anarchy will not be tolerated.

The officer was attempting to break up a street fight when the tragedy occurred.

For many years the Ethiopian community has claimed of race discrimination by the Israeli establishment especially and not only by police.

“I identify with the pain expressed and with the legitimate right to demonstrate but anarchy is not acceptable and causing injuries and damage to property will not be tolerated at all,” Erdan told reporters, adding that organisers of violence inciting young members of the Ethiopian community on social media would face charges.

There has been criticism of police action not being strong enough.

Erdan commented, “We remember protests in Israel over the years, some even ending with fatalities, I think the police are acutely aware of those events and doing everything in their power so that demonstrators exercising their democratic rights do not suffer loss of life.”

Erdan added that Israel Police had progressed in terms of “excessive policing” against the Ethiopian community. Arrests had fallen 21% compared to previous years.

Rallies occurred in Jerusalem, Tel Aviv, Netanya and Petah Tikva, the largest one was in Haifa suburb Kiryat Ata where some 1,000 demonstrators blocked Histadrut Junction.

And there were demonstrations in Rehovot, Be’er Sheva, Rishon Letzion, Netivot, Yokneam, Ashkelon and Ashdod.

Some 50,000 commuters were stranded in huge traffic jams across the country for hours.

Twenty-four hours after the shooting protesters assembled outside the home of Minister Erdan near Tel Aviv where signs read “Solomon Tekah went off for his summer break and came back in a coffin” and “This was an extrajudicial execution.”

“I spoke to the acting police commissioner (Moti Cohen), who promised me that we would make every effort to reach the truth as quickly as possible,” he said.

“The Ethiopian community is dear to all of us. We have made great efforts in recent years to integrate it into Israeli society, and we still have much work to do.”

Channel 13 reported that the officer, who was walking with his family when the tragedy happened, will face negligent homicide charges, not manslaughter, as his actions were not intended to kill the victim.

The officer reportedly fired at the ground, but the bullet bounced prior to striking his victim.

The officer, who is currently under house arrest, reportedly did not fire in the air as he did not want to hit buildings or people. He was also concerned over his and his family’s safety.

Hundreds from the Ethiopian community attended eulogies ahead of the burial service.

Mourners heard Worka Tekah, Solomon’s father exclaim “Give me my boy back,” in a poignant eulogy.

“This is such great pain that cannot be contained,” said Rabbi Moshe Baruch.

“We see the father, the whole family; it is such great pain, there is no way to console you.”

A family friend told those present that Worka wanted to be the last parent to bury a son.

“We are good soldiers, we are moral people,” he said. “We did not come to Israel so that our children could be killed.

“We did not make this journey and pay such a dear price to get to this beloved country so that our children would die at an early age and be murdered in front of their brothers, in front of children.”

He added, “What hope is there for these children who saw this murder in cold blood? What kind of lives do they have? How many scars does this community bear? How many people have already lost loved ones?

“I ask for forgiveness from Solomon, that we were not there to protect him, we abandoned him and a policeman came and killed him. In the name of the young people too, I ask forgiveness. They could have arrested him, jailed him. They are experts at that. His father was prepared to sit in jail, but not to stand in front of his son’s body.”

Meretz leader Nitzan Horowitz and the head of Rambam Hospital in Haifa, where Solomon’s mother works, attended the service.

Increasing tensions have developed in the Ethiopian community, the latest shooting following that of IDF soldier Yehuda Biagda last January.

His family accused the police of racism and mass protests followed the 24-year-old’s death.

Biagda, who had mental health problems, was shot by a police officer who felt threatened by Biagda brandishing a knife in Bat Yam near Tel Aviv.

Witnesses noted Biagda was not in immediate striking distance when the officer opened fire.

The policeman’s lawyer said his client opened fire as a “last resort”, but there is scepticism among community members.

“Policemen seem to believe they are living in Harlem and that we of Ethiopian origin have arrived in a land flowing with milk and honey,” noted lawyer Elias Inbram.

“There are quite a few young people who are afraid to walk down the street.

“Those of Ethiopian origin have demonstrated so far in a moderate, quiet and nonviolent manner, but after Yehuda Biadga and Solomon Teka their patience is over and relations between them and the Israel Police are getting worse.”

Inbram added, “The issue of a camera for every officer, it doesn’t exist. If the officer was on duty and had a camera, they could have decoded it faster, and if he was not on duty, why would he be so reckless?

“You see something, call the station, call police to take care of it. The definition of the word dangerous is being exploited.”

Activist Avi Yalou told reporters, “Blacks have become an easy target and the darker you are, the more dangerous you are,” says, says another leading.

“When a policeman feels in danger, it’s not because he had stones thrown at him, but simply because black people were standing in front of him. This community has given its blood for society and state, but racism leads to police opening fire in broad daylight at citizens of Ethiopian origin. “

He added: “I do not want their apology, because that will not bring back Solomon or Yehuda or any of those boys who died because of an encounter with the police. I want the next police officer to think for a moment before he puts his hand on his gun and starts firing at civilians.”

Blue and White MK Pnina Tamano-Shata lambasted police brutality and Minister Erdan over his handling of the demonstrations.

“I regret that what is happening now is a loss of control by the police who chose to fire directly at children and adults,” she said.

“I wish all the wounded a speedy recovery, but the community is fighting for living in security here in our country. We have been experiencing terrible upheaval since the late Solomon Tekah was shot and the policeman’s speedy release to house arrest.”

Tamano-Shata accused Minister Erdan of not entering dialogue and the situation was getting worse.