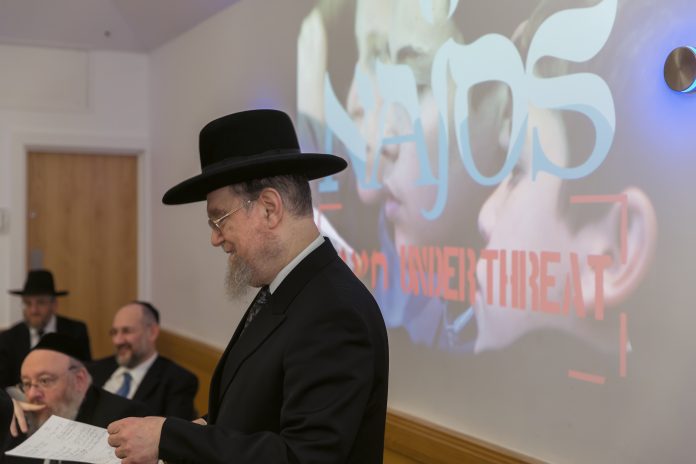 The National Organisation for Orthodox Jewish Schools (NAJOS) is calling on parents to respond to the Department of Education’s ‘call for evidence’ relating to the Children’s and Social Work Bill making relationships education compulsory in Primary and Secondary schools.
The deadline for submitting evidence to the DoE is Monday, February 12 (11.59am).
NAJOS has created clear guidelines for parents on its website (www.najos.org).
Parents, who will have access to NAJOS guidelines, can submit relevant documents or email questions to NAJOS or the DFe.
“For us to be able to promote the religious and moral values that we espouse parents need to fill in the consultation document,” explained Judith Nemeth, NAJOS executive director.
“The more submissions we get will help our advocacy.”
It is two years since NAJOS started to act on a ‘Green Paper’ published as part of the Children’s and Social Work Bill. The Bill became law in April 2017 with a view to it being compulsory in schools from September 2019.
Certain aspects were unacceptable to NAJOS whose lobbying campaign resulted in amendments to including the words “within the tenets of the faith” being included in the Bill and a ‘opt out’ clause for secondary schools.
Mrs Nemeth wanted the amendments to ensure schools “for religious reasons or parental request” may scale down the detail of what it taught to pupils in this area.
“Relationship education is fine so long as its about tolerance, anti-bullying, social skills and emotional health and well-being,” she said. “NAJOS is against lobbyists trying to commandeer relationship education to promote the LGBT community. That will make our lives very difficult.”
Mrs Nemeth has worked closely with David Burrows, former MP of Southgate, who is executive chair of the strengthening families manifesto.
“They are a strong group of MPs promoting ‘traditional’ families,” she explained.
Under that umbrella, Mrs Nemeth spoke at the Houses of Parliament last week to make the case for religious ethos and practice in relationship education last week.
“Jewish schools and organisations are so pleased that we are doing something to protect them,” she said.
NAJOS has attended round-table discussions at the DFe and Parliament.
Ian Bauckham, who is leading the consultation, is visiting a Jewish school this week where he will meet Rabbonim to discuss how relationship education must remain within the Jewish ethos.
NAJOS hopes to create an RSE Faith hub, setting out the parameters for Faith School’s teaching the subject.
Thereafter they will guide schools in writing curricula and in training teachers.