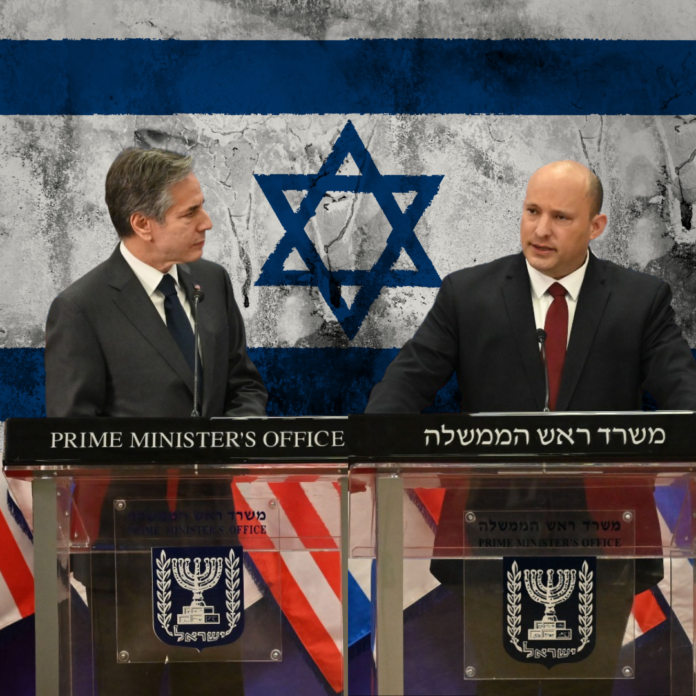 The Negev Summit in Sde Boker has been hailed a historic success.

The summit took place against the backdrop of the Hadera terro attack.

Top officials gathered in the midst of ongoing discussions regarding the nuclear deal with Iran and the US potentially removing Iran’s Revolutionary Guard Corps from its list of terror organisations. Israel and regional partners oppose an IRGC move.

Lapid announced that the summit would become an annual event after the foreign ministers condemned the Hadera atrocity.

“We are today opening a door before all the peoples of the region, including the Palestinians, and offering them to replace the path of terror and destruction with a shared future of progress and success,” he reportedly said. “What we are doing here is making history, building a new regional architecture based on progress, technology, religious tolerance, security and intelligence cooperation.

“This new architecture, the shared capabilities we are building, intimidates and deters our common enemies, first and foremost Iran and its proxies.”

UAE’s bin Zayed said the region had lost 43 years since Israel and Egypt signed a peace deal between whilst al-Zayani called on attacks by Hezbollah and Islamic State to end. He added that Bahrain would search for ways for Israel and the Palestinians to negotiate peace.

Bourita noted that relations between Morocco and Israel was a “natural occurrence” and his country believed in peace. Shoukry vowed to “confront extremism and terrorism” for the stability of the region.

Blinken, at the start of a three-nation Middle East and North Africa tour, attempted to reassure participants about the Iran nuclear deal and aimed to build support for Ukraine.

Blinken met Prime Minister Naftali Bennett in Jerusalem before traveling to the summit.

The leaders discussed a range of topics including Israeli efforts to mediate between Ukraine and Russia. They spoke about the Middle East, strengthening of the Abraham Accords and Iranian aggression in the region.

“The Middle East is changing for the better,” noted Bennett. “We’re cultivating old ties and building new bridges. We’re rejuvenating old peace and charging it with the new energy of the Abraham Accords. We’re working together to overcome the old forces of darkness and build a new future.

“In a turbulent world, Israel is a force for peace, prosperity, stability and for doing good. Unfortunately, there are other forces in the region that are still violent and destructive. We’re concerned about the intention to delist the IRGC. Their proxy, the Houthis, just this weekend carried out a horrific attack on Saudi Arabia. I hope the United States will hear the concerned voices from the region.”

Bennett noted how the Israeli government was improving the lives of Palestinians in the West Bank and Gaza. Israel has approved 20,000 workers from Gaza to work in Israel and is investing NIS 40m in improving crossings between Israel and the Gaza Strip.

“While we can’t solve everything, we can improve the lives of people on ground and thanks to your help, this is happening,” he said.

Regarding the war in Ukraine, Israel backed the people of Ukraine and will continue to help reduce the bloodshed.

“We’ve already sent our top medical teams to set up the most advanced field hospital inside Ukraine, on the western side,” he explained. “They’ve already taken care and treated over 500 patients. Doctors and nurses are risking their lives to save lives of those in need. We do this while maintaining close coordination with the US and with our European partners.”

Bennett added that the alliance between the US and Israel was “unbreakable”.

Blinken stated, “We’re grateful for the Israeli government’s efforts to provide humanitarian aid to Ukraine. This support is crucial as more and more Ukrainian men, women and child are being killed, maimed, displaced by Moscow’s attacks.”

Regarding Middle East peace, he noted, “Israelis and Palestinians deserve to enjoy equal measures of freedom, security, opportunity and dignity. And that’s one of the principle reasons we support a negotiated two-state solution. The Prime Minister and his government have made important efforts to address some of the challenges facing Palestinians.”

Blinken said the US was working to prevent actions on all sides that could raise tensions.

Regarding progress of the Abraham Accords and summit he was due to attend, he noted, “The US will continue, not only to support the work of those who have already normalised relations, but also to urge more governments to take this important step to the benefit of the people in their countries and far beyond.”

“I applaud Israel’s leadership, its engagement, its diplomacy in building these agreements and making them real,” he said.

Blinken thanked Bennett for strengthening an enduring friendship between Israel and the US.

He commented, “Your visit during these challenging times shows the great bond between our two countries, which is not just declarative but also in actual deeds.”

Blinken reconfirmed the US commitment to Israel’s security. “Our cooperation and coordination across so many of the major challenges that we face is as good as it’s ever been,” he said.

Blinken commented, “When we head to the Negev, what is happening there is something that I think would have been unimaginable just a few years ago. What we’re seeing is normalisation becoming the new normal for this region. I think it’s going to attract more and more countries as they see the benefits of these partnerships among so many of the leading countries of the region.”

He added, “It’s an incredibly powerful and positive vision for the future and Israel is making that real.

Bennett spoke about the Negev Summit at his weekly cabinet meeting.

He said, “We are cultivating old ties and building new bridges. The Arab world understands more and more that Israel has always been on the side of peace and cooperation.”

Bennett added that the government was approving the establishment of five new communities in the Negev.

“This is important news for all residents of the area and is part of the process of organising this part of the country, which has been neglected for so many years,” he said. “Our highest obligation is to provide personal security for the residents of the south, we have started on this journey and we will not stop. At the same time, we are continuing to settle and develop the Negev.”