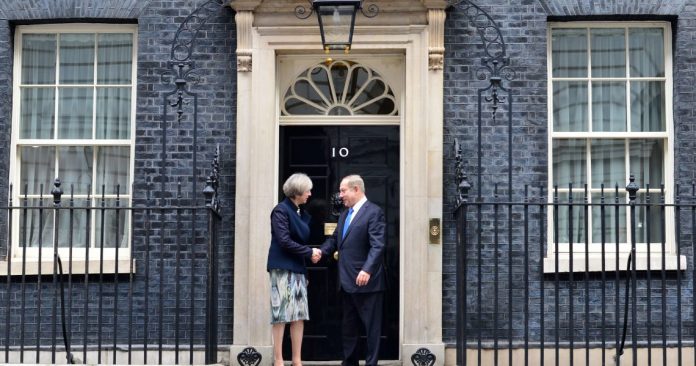 Israel Prime Minister Benjamin Netanyahu will travel to Berlin today for the first leg of a three-day tour likely to be dominated by talks on the Iran nuclear deal and Iranian forces in Syria.

Netanyahu will meet with German Chancellor Angela Merkel later today in Berlin, French President Emmanuel Macron in Paris on Tuesday and British Prime Minister Theresa May on Wednesday in London.

In Paris, Netanyahu will launch a joint Israeli-French cultural season and meet with Jewish community leaders and French executives at an event promoting trade relations. In London, he will also meet with Foreign Secretary Boris Johnson and British Members of Parliament.

Speaking at the weekly Cabinet Meeting yesterday, Netanyahu said: “Of course, I will reiterate an unchanging truth: Israel will not allow Iran to achieve nuclear weapons.”

The Times reports that Israel has shown its European partners secret files showing Tehran’s determination to build a nuclear bomb, including a memorandum that formally handed responsibility for the production of weapons-grade enriched uranium to the Iranian defence ministry. The Times suggests that with Berlin, Paris and London still reeling from President Donald Trump’s decision last month to exit the Joint Comprehensive Plan of Action (JCPOA) nuclear agreement, Netanyahu is hoping that the findings from the captured Iranian archives by Israeli intelligence in January will persuade European leaders of Iran’s hostile intentions.

EU leaders have acknowledged that while they see the JCPOA agreement as the best guarantee against an Iran with nuclear weapons, it is “not perfect” and have proposed to negotiate a supplementary deal with Tehran covering its ballistic missile programme, as well as its interventions in countries such as Lebanon, Syria, Iraq and Yemen.

Regarding Iranian forces in Syria, Netanyahu told his ministers: “I will also insist on a basic principle: Israel retains — and will continue to retain — freedom of action against the establishment of an Iranian military presence anywhere in Syria.”

In addition to discussing the Iranian deal and Iran’s presence in Syria, Netanyahu will also discuss European concerns about Israel’s use of live fire in mass Palestinian protests on the Gaza border. In May Foreign Office Minister Alistair Burt said: “It is deplorable that extremist elements may have been seeking to exploit these protests for their own violent purposes. We will not waiver from our support for Israel’s right to defend its borders. But the large volume of live fire is extremely concerning. We continue to implore Israel to show greater restraint.”