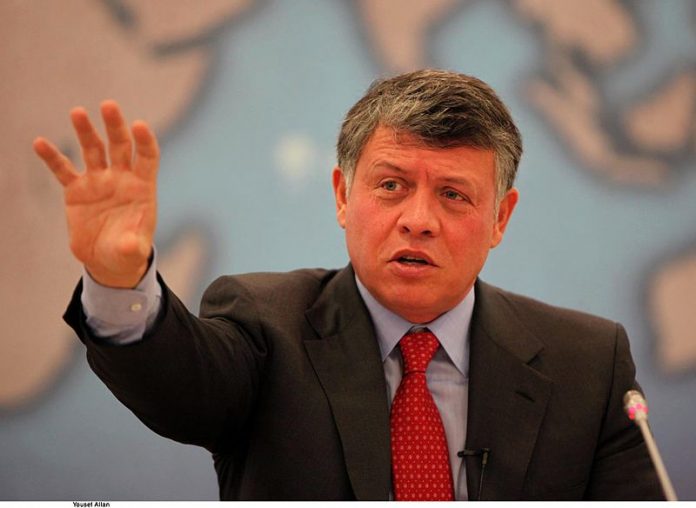 Thousands of Jordanians protested against a planned tax increase for a fourth day on Sunday in the largest and most dramatic demonstrations the Kingdom has seen in recent years.

All major Jordanian towns and cities witnessed large protests, including the capital Amman, where protesters marched toward the office of the Prime Minister demanding his resignation. Protests also took place in Irbid in the north, Zarqa, Karak, Jerash and the southern town of Aqaba. Protestors blocked main roads, burnt tyres and confronted security forces.

The cause of the protests is the government’s new income tax law – viewed as an austerity plan, but backed by the International Monetary Fund (IMF). Jordanians are also demanding the cancellation of increased taxes on basic food, including bread.

Mohammad Khawaldeh, one of the participants in a protest held near the office of the Prime Minister on Friday, said: “We are all here today to send a message to the government that we will not be silent this time … we want the unfair law withdrawn and we want the government to resign … the Government should have many solutions to solve economic problems and should stop resorting to our pockets.”

Jordan’s government is under pressure from the IMF to carry out economic reforms and austerity measures to bring public debt under control. On Friday, King Abdullah II intervened to delay a decision to raise petrol prices. However, Prime Minister Mulki has so far refused to drop the IMF-backed tax bill, saying the reforms are needed to get Jordan’s economy “back on track” and that it was up to Parliament to decide whether to pass it or not.