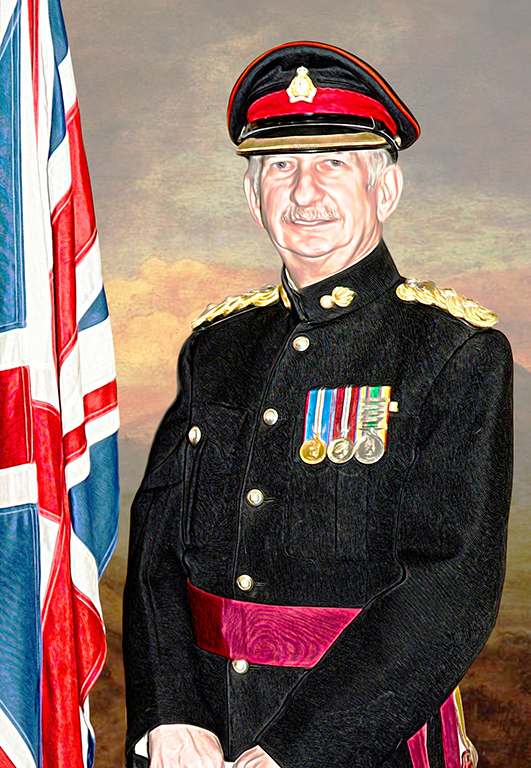 Colonel Martin Newman of Manchester who has been elected as the new National Chairman of the Association of Jewish Ex-Servicemen and Women is also a Deputy Lieutenant of Greater Manchester. In addition he chairs the Jewish Committee for Her Majesty’s Forces, is Colonel Commandant of the Gibraltar Cadet Force and is an ambassador for Broughton House Home for Ex-Servicemen.

He said: “I am honoured to have been selected to be the AJEX National Chairman. It will be a challenging job as the number of wartime veterans has reduced and now most of the membership comprises former National Servicemen, their families and friends.

“We are seeing an increase in the number of young Jewish men and women joining the British armed forces and they will be the veterans of the future. AJEX needs to be there for them. My vision is to bring the veterans and serving community closer together so that the two organisations become part of one big Jewish military family. Welfare of veterans, serving personnel and their families is just one strand of the AJEX function. Education and Remembrance play an important part and the whole community, especially young people, will be encouraged to participate in AJEX events and initiatives.”

Col Newman concluded: “We also encourage and promote interfaith activities and we will be joining veterans of all faiths and of many countries during next year’s centenary of the end of the First World War. Jews have served this country valiantly for over 300 years and continue to serve today, yet many of our own community remain unaware of this. This is an important message to get across when fighting increasing levels of anti-Semitism. I would like to call on our wider community to support AJEX and our serving Jewish Troops. You don’t have to be a veteran to join the organisation. We welcome families, friends and supporters.”