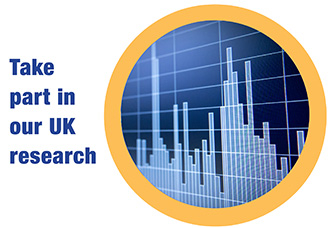 92% of Jews living in the UK agree: the world’s climate is changing
What do Jews in the UK think about climate change, and how do their views compare with the rest of the population of the UK on this issue? What role does one’s Jewish identity play in attitudes towards climate change? With the UN Climate Change COP26 Summit set to start on Sunday 31 October in Glasgow, a new report from JPR – the Institute for Jewish Policy Research – details for the first time where UK Jewish people stand on climate change and examines the links between their attitudes on this topic and factors such as their age, sex, education and religiosity.

Some key findings include: • Virtually all respondents (92%) agree that the world’s climate is ‘definitely’ or ‘probably’ changing, with almost seven out of 10 (69%) Jewish people saying it is definitely changing; • Almost two-thirds of Jews in the UK acknowledge humanity’s role in climate change, saying climate change is caused either ‘mainly’ (50%) or ‘entirely’ (13%) by human activity; • Two out of five (40%) respondents say they are either ‘very’ or ‘extremely’ worried about climate change, and a further 37% say they were ‘somewhat’ worried. • Based on the data available, UK Jews appear to be more climate change aware than the UK population as a whole, with 66% of Jews saying that climate change is ‘mainly’ or ‘entirely’ caused by humans, compared with 54% in the general UK population • Nevertheless, there are significant differences in attitude within the Jewish population, influenced by people’s denomination, politics, education, politics, religiosity, economics and demographics. Progressive Jews and those on the political left are found to be considerably more climate change conscious than Orthodox Jews and those on the political right.

Dr Jonathan Boyd, Executive Director of JPR: “Climate change is the great global challenge of our time, and the Jewish community needs to play its part in addressing that challenge. JPR’s data are designed to help community leaders to understand what Jewish people across the UK think on this issue, provide a benchmark against which to measure changes in attitudes over time, and help inform discussion about what community organisations can and should do.”

The data on the attitudes of UK Jews are drawn from JPR’s UK Jewish research panel and were collected in July and August 2021. The panel is designed to explore the attitudes and experiences of Jews in the UK on a variety of issues. The provisional sample size is 4,152 for UK residents aged 16 who self-identify as being Jewish. The data have been weighted for age, sex and Jewish identity and are representative of the self- identifying Jewish population of the UK. Details of the methodology used in our previous wave of this survey can be found here; participants who gave permission to be contacted again were invited to take part in the summer 2021 survey and some new participants joined the panel. Do you want to join JPR’s panel and make your opinions count? Go to www.jprpanel.org.uk and subscribe! The Institute for Jewish Policy Research (JPR) is a London-Based research organisation, consultancy and think- tank. It aims to advance the prospects of Jewish communities in the United Kingdom and across Europe by conducting research and informing policy development in dialogue with those best placed to positively influence Jewish life. JPR is a registered charity (no. 252626).