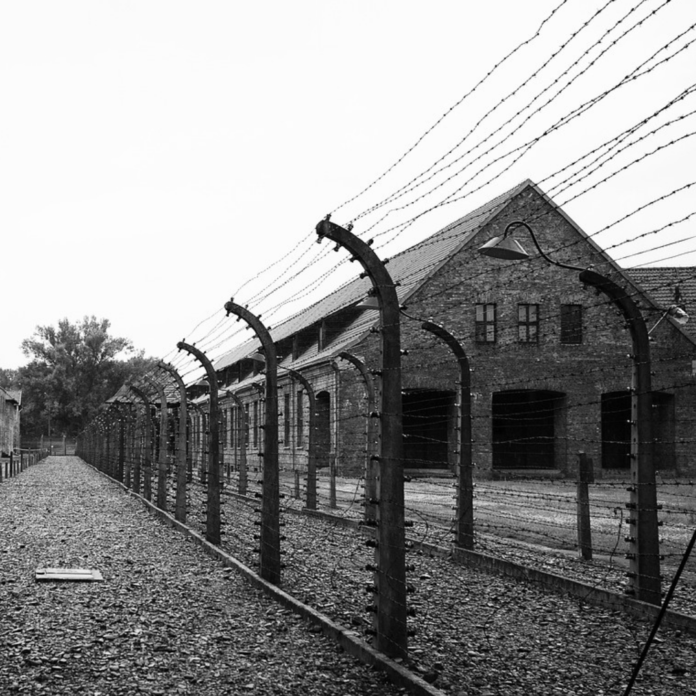 Last Monday, my sister and I awoke in a car, in Lviv, Ukraine – a city under martial
law, under Russian threat, and under curfew. How did we get here?

Our father had just arrived from America, for a rare visit, and promised an adventure of our choosing. We thought of Poland, full of refugees again, just 80 years after the Holocaust.

So we headed for Krakow. We found a plea for medicine posted on the door of the Krakow JCC. We bought as much as we could carry.

Young Ukrainian men have all been drafted, but their wives and mothers told us of camps at the border. We refilled our boot with medicine and set out.

We turned off the motorway to find lighted warehouses, surrounded by huddling crowds and men with guns. Roma families with babies in arms were kept out in the cold.

Inside, there was plenty of room, for refugees of the proper ethnicity and skin tone.

Workers happily unloaded everything we brought. On our way out, we gave our coats to warm the Roma babies.

We restocked at the nearest pharmacy, and headed for the border. In the relief tent, volunteers pointed out the “crazy Englishman” passed out on a bench in the corner. He had just arrived with an ambulance full of medicine, rendering our donations useless.

So, at midnight, we crossed into Ukraine.

It was a different planet. Streetlamps were off. Roads empty. Sandbag barricades
faced east at every bridge. Lviv lay under curfew. Trucks drove by with megaphones, reminding everyone to stay in their homes. We slept in our car, afraid that the running lights would betray us as curfew violators.

At dawn, Lviv revealed herself to be unmarred by bombings, but taped-over windows betrayed the city’s apprehension. Military checkpoints screened incoming vehicles for weapons and spies, holding traffic to a crawl.

An aid van tallied the number of saved people, babies and pets, like an RAF Spitfire marking successful missions.

Black-and-red flags of the Ukrainian Insurgent Army decorating every barricade.Thousands of Jews and Poles had been murdered under that banner. The burned-down synagogue we saw in Lviv had been destroyed under that flag. At a checkpoint, we asked a soldier what the flag meant to him today:

Back at the border an Israeli doctor at the Canadian tent said that soldiers had arrived just the night before, with a truck full of medicine.

We unpacked our final load at the JCC, where, again, refugees took the bottles as fast as we could unpack them.

At the Chabad Center, a stream of men unloaded an endless supply of blankets from a giant truck. We stopped to join in.

A girl there, about our age, held her little brother in her arms. She spoke a bit of Hebrew. “All I want is to be home,” she said. “But at least we have our father.”

On the flight home, we had time to reflect.

#StandWithUkraine oversimplifies this conflict between Putin and the UPA. Even a sweet doctor volunteer we spoke to said she hates all things Russian. What does this mean for Ukraine’s Russian speaking people?

War is complex. But suffering is simple.

Red cross tents that offer no medicine, babies left in the cold, cities full of people with their backs turned. The solution is attention, not money. Refugees are starving for love, not food.

This Sunday, we head again for Krakow. No one stands alone.