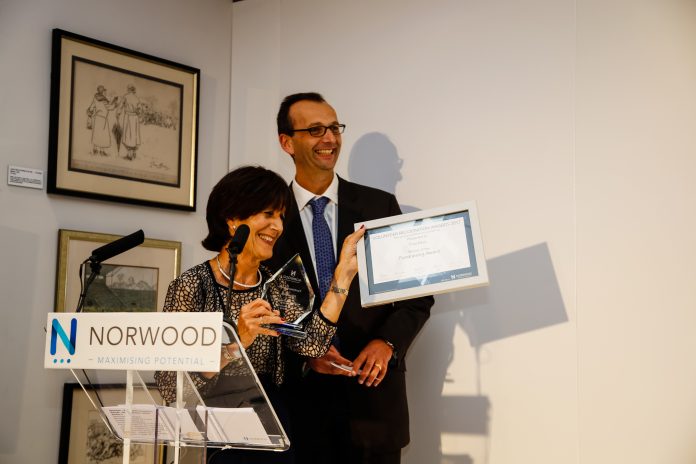 Over 200 staff and volunteers enjoyed a night of celebration at Norwood’s fifth annual Volunteer Recognition Awards early in September. Over the evening, Norwood trustees handed out an impressive nine awards.
There were two winners of the Fundraising Award; Flora Frank and the Toy Sweep Committee. Flora, a great-grandmother, has run over 30 marathons, raising over £300,000 for Norwood. In 2015 she was awarded the British Empire Medal in the Queen’s birthday honours. The Toy Sweep Committee raises funds throughout the year for children to spend a voucher on toys of their choice at Toys R Us in the run-up to Chanukah.
Flora told the Jewish Weekly that: “ Volunteering is a team effort. It’s as much about the supporters and people who back me as it is about the volunteers and fundraisers being presented with the awards.”