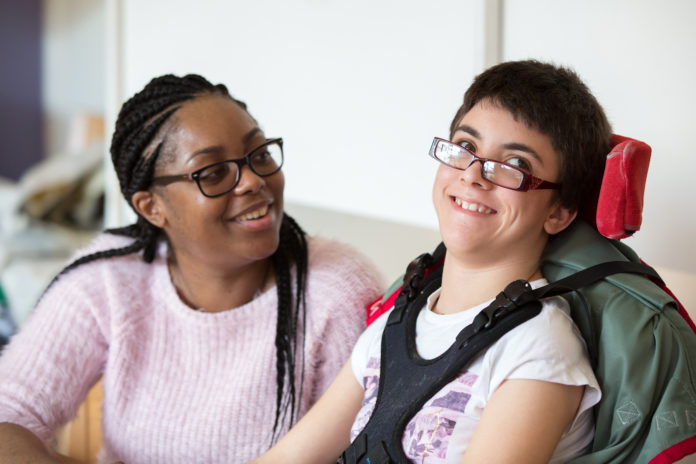 Georgia had a very difficult childhood.

Her mum suffered from mixed personality disorder, with long periods of depression, so she wasn’t always able to look after her or her younger brother.

Sometimes, Georgia had to be both a sister and a mother to him.

Georgia had health and emotional issues that were neglected and recurring, which left her vulnerable to bullying at school. She was isolated, with little self-confidence.

Norwood’s social worker, Alex, was at the heart of that support.

Georgia could always rely on Alex who gave her the strength to believe in herself and see that life could be better.

“Alex helped make the transition to a new school a lot less scary for an 11-year-old with problems both at home and in school,” she recalled.

Appointed head girl at her high school last year, she was proud of her achievements.

For the past two years, Georgia has worked at Norwood’s Unity service at Redbridge, where she used to play and socialise with other children, something she would never have had the chance to do without Norwood.

Georgia’s passionate about helping others who are going through what she went through.

She wants them to know that Norwood is here for them and that they can speak to people like Alex. Georgia wants them to have a future they can be proud of, just like she has.

“Norwood’s confidence in me meant I could move on and make positive changes in my life,” she says. “They never let me down.”

At the age of two, Adem was diagnosed with autism.

His parents were told he’d never develop, speak or be able to look after himself.

They naturally hoped doctors were wrong and tried everything they could to help him develop.

But as Adem’s dad, Edy, recalled, as Adem got older and stronger, he was getting more uncontrollable.

Adem moved to Ravenswood, aged 11, at Norwood’s collection of homes in Berkshire, where he could get specialist support.

Edy would collect Adem every weekend to take him home. But once his mum came instead and took a wrong turning whereupon Adem flew into a rage.

After this, he wouldn’t get into a vehicle again.

Adem couldn’t go anywhere, even to medical appointments. It made him feel isolated and brought on self-harming and challenging behaviour.

Ravenswood staff set up a programme for Adem, taking tiny steps to encourage him to accept being in a car again.

It started with him just looking at a car, then touching the handle, then opening the door, then sitting inside during short trips around Ravenswood and then going on the motorway. It took a year, but the patience and perseverance of staff meant Adem can now be in a car for up to an hour.

As he overcame this fear, Adem realised he could take on other challenges and with the help of his iPad, Adem has started making more choices and verbalising what he wants, from films he’d like to see to food he fancies eating.

He can even ask for a range of drinks now, whereas previously he could only request tea.

What may seem straightforward to others took years of dedication, specialist communication, and trust for Adem to achieve.